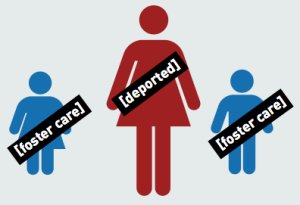 Earlier this week, the Applied Research Center (ARC) published a report exploring the effect of immigrant detention and deportation on the welfare of children and families.

Largely due to an increasingly anti-immigrant sentiment and aggressive enforcement of immigration laws, deportations are increasing at alarmingly high rates. ARC reports that “in 1992, the U.S. government [deported] 44,000 people, a historical number at the time. In less than two decades, that number has grown ninefold.” This year alone, the U.S. deported almost 400,000 people. Of those 400,000, 22% were parents of U.S.-citizen children.

In the U.S., 5.5 million children have an undocumented parent. According to ARC, “in the first six months of 2011, the federal government removed more than 46,000 mothers and fathers of U.S.-citizen children. These deportations shatter families and endanger the children left behind.” Shockingly, ICE (Immigration and Customs Enforcement) has no up-to-date policy or guideline that addresses family protection in immigration cases.

So, when parents are detained or deported, what happens to the children who are left behind?

Often, these children end up in the child welfare system. Once detained, parents are moved hundreds of miles from their homes and are isolated from their children and families. Therefore, detained parents are unable to participate in the case plans that are required by Child Protective Services (CPS) for family reunification. In addition, child welfare departments lack policies aimed at reunifying children and deported parents. It is the combination of these factors and aggressive immigration enforcement that results in shattered families.

Over 5,000 children are in foster care because their parents were detained or deported. If these trends continue, ARC estimates that 15,000 more children will be separated from their families in the next 5 years.

To read more about the intersection of immigration and child welfare, check out the ARC’s full report here.

One thought on ““Shattered families”: The intersection of immigration and child welfare”