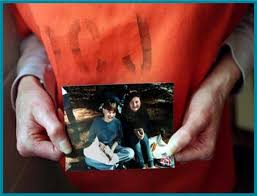 When we talk about mass incarceration in the United States, we often focus on the problematic effect it has on those who are imprisoned within the system.  But the consequences of mass incarceration reach far beyond the 2.3 million Americans who are currently behind bars.  When one person is sent to prison, that person and everyone in his or her social world — parents, siblings, spouses, kids — feel the impact.

When children lose a parent to incarceration, the results can be devastating.

According to a recent report by Sadhbh Walshe of The Guardian, there are currently 10 million children in the United States with a parent who has been in prison or on parole or probation.  The majority of these children are children of color.  Among black children, 1 in 5 has a parent in prison.  By contrast, only 1 in 111 white children has an incarcerated parent.  As a result, mass incarceration has become one of the primary forces driving unequal outcomes for poor children of color.  As Walshe points out:

“These children are often deeply traumatized by the experience.  Their school work suffers, they can become emotionally withdrawn or aggressively act out.  The negative consequences tend to be exacerbated if they are unable to maintain meaningful contact with the parent they love while he or she is in prison.”

A report by the Sentencing Project revealed that kids of incarcerated parents are more likely to drop out of school, have disciplinary problems, and become incarcerated themselves.  Moreover, these children often lose contact with their incarcerated parents.  As of 2004, 59% of state inmates and 45% of federal inmates had never been visited by their children.  More than half of all prisoners in the U.S. are located 100-500 miles away from their homes.  This distance only makes visitation more difficult for the families of prisoners.

However, Walshe makes a great point: “Unless we stop using incarceration as a one-stop shop for all social ills, stop being “tough on crime” and start being tough on the causes of crime, it’s impossible to see how this cycle of despair will ever end.”

Charles Murray took so much flak for controversial The Bell Curve that he decided to write a book about white people rooted in much the same argument.

Coming Apart, a book about the diverging fortunes of upper and lower class white Americans, begins where The Bell Curve ended.  The big factor driving the growing gap between the educated and the uneducated, Murray suggests, is “cognitive homogamy”, the fact that individuals with similar cognitive ability are having children.

In the old world, Murray says, most people lived and died in rural communities and small towns.  The smartest males might have left home for a few years of college, but they generally returned to marry the prettiest (not necessarily the smartest) girl in town.  The result, kids of normal cognitive ability.  Wealth was distributed largely on the basis of inheritance, not ability and the kids at Harvard weren’t much smarter than the kids at a good state school.

Since the early 1960s, however, smart people have been marrying other smart people and having smart kids.  The sons and daughters of these blessed unions have increasingly clustered in segregated neighborhoods in which “everybody has a bachelor’s or graduate degree and works in high-prestige professions or management or is married to such a person.”  Among this new elite, wealth is distributed on the basis of merit, the elite colleges compete for the brightest and the best and lesser institutions make do with students who will never be ready for prime time. END_OF_DOCUMENT_TOKEN_TO_BE_REPLACED

Our twenty-four hour news cycle doesn’t lend itself to careful analysis of complex social movements.  Rick Perry, the pugnacious presidential hopeful, raised eyebrows when he used a loose network of organizations associated with the New Apostolic Reformation to organize a big religious-political rally in Houston.  Interest quickened when the mainstream media learned that some of Perry’s friends were “Dominionists,” folks who want to bring secular politics (and everything else) under the dominion of God.

The questions couldn’t be avoided.  If elected, will Rick Perry pack his cabinet with Christian preachers?  Since that didn’t sound likely, the pundits too-easily assumed that politicians like Rick Perry and Michelle Bachmann are just standard-issue conservatives with close ties to the religious right.  END_OF_DOCUMENT_TOKEN_TO_BE_REPLACED

In the 1920s, with the fundamentalist-modernist controversy raging within his own Northern Baptist Convention, John D. Rockefeller built an architecturally imposing church in the heart of one of New York’s most prestigious neighborhoods, opened it to people of all Christian denominations and called an American Baptist preacher named Harry Emerson Fosdick to be his pastor.  Through the years, Riverside Church has become associated with prophetic preaching, dramatic worship and ecumenical mission.

In 1992, Riverside Church adopted a statement of faith proclaiming:  “the worship of God, known in Jesus, the Christ, through the inspiration of the Holy Spirit … to serve God through word and witness, to treat all human beings as sisters and brothers; and to foster responsible stewardship of God’s creation … The church pledges itself to education, reflection, and action for peace and justice and the realization of the vision of the heavenly banquet where all are loved and blessed.”

This statement of faith nicely captures the conclusion of Michelle Alexander’s address at Riverside this past weekend.  Calling for “A great awakening” Alexander re-stated her firm belief that only a new social movement can end mass incarceration in America.  As her closing remarks make clear, this movement must be built on a solid moral foundation and, for those of us who follow Jesus, that means taking our Savior at his word.  END_OF_DOCUMENT_TOKEN_TO_BE_REPLACED

This site has had little to say on the subject of pornography.  Our primary agenda is shutting down the machinery of mass incarceration; a subject far removed, one would think, from a discussion of popular culture.  But if Robert Jensen is right, pornography is fundamentally about patriarchy, and patriarchy is about hierarchy: the powerful maintaining a dominant position over the powerless.  So maybe there is a connection, and not just because, as Jensen suggests, there may be a link between the explostion of internet pornography and sex crimes.

As Michelle Alexander suggests, we can’t reform the criminal justice system until we move away from the cruel and punitive public consensus driving the prison boom.  How do we move from a society built on a foundation of hierarchy, control and domination, to a society rooted in equality, love and conversation.

The Problem with pornography?

FBOMB: If you could briefly describe, what is the problem with pornography?

Robert Jensen: Well, let me first sort of step back. There has long been a conservative, typically religious critique of pornography that poses the problem of pornography as being in conflict with what is traditional family values, which is sexuality confined to a heterosexual marriage. That’s the critique you’ll hear most often in the culture is that conservative, typically religious critique. The feminist critique of pornography approaches it from a very different perspective and says that, in patriarchy, in a society structured around male dominance, one of the ways that dominance is reinforced and perpetuated is in men’s sexual use and abuse of women. One way to say this is, in patriarchy women are routinely presented to men as objectified bodies for male sexual pleasure. One of the vehicles for the routine presentation of women to men as objectified bodies for male sexual pleasure is what I would call the sexual exploitation industries: prostitution, pornography, stripping. These are ways that men buy and sell primarily women’s bodies. Pornography, like prostitution and stripping, is one of those methods of buying and selling women’s bodies. So from a feminist critique, the problem is the way in which those sexual exploitation industries reinforces male dominance, and leads to predictable consequences, primarily for women and children. END_OF_DOCUMENT_TOKEN_TO_BE_REPLACED

John McWhorter is a conservative African-American who enjoys needling white liberals and the “racism-is-still-real” brand of civil rights advocacy.  For over a year now McWhorter’s take on race has taken on a decidedly libertarian tone.  He’s for legalizing drugs; all of them.

The Cato Institute’s current newsletter contains a PDF version of McWhorter’s new message.  The version I have pasted below appeared last year in The New Republic.

If you are a fan of HBO’s The Wire (the best television of all time in my opinion), the essential features of McWhorter’s argument will come as no surprise.  African-American youth have little incentive to look for conventional work because drug money comes so easy.  As a result, hundreds of thousands of black males are doing time on drug charges, inner city street gangs slaughter one another in turf battles, black children have no fathers, black women give up on finding a marriage partner, and everything goes to hell. END_OF_DOCUMENT_TOKEN_TO_BE_REPLACED

Two articles in recent editions of the New York Times caught my eye.

Although the scientific community is nearly unanimous in backing biological evolution, a new study shows that only 28% of high school biology teachers teach a strong version of evolutionary science, 13% teach straight creationism and the rest are noncommittal.

The second article highlighted (with apparent approval) University of Virginia social psychologist Jonathan Haidt’s belief that his profession is riddled with liberal bias.  While at least 80% of social scientists report being politically liberal, studies show that 40 percent of Americans report being conservative while only 20 percent are liberal.

Haidt says social psychologists comprise a “tribal-moral community” united by “sacred values” (rooted in the civil rights movement) that hinder research and damage their credibility — and blind them to the hostile climate they’ve created for non-liberals. END_OF_DOCUMENT_TOKEN_TO_BE_REPLACED

“The simplest way to help the black family would be to lock up fewer black men for non-violent offences.”

Michelle Alexander recommended this disturbing article in the Economist when she spoke in Dallas last Thursday.

Some 70% of black babies are born out of wedlock. The collapse of the traditional family has made black Americans far poorer and lonelier than they would otherwise have been. The least-educated black women suffer the most. In 2007 only 11% of US-born black women aged 30-44 without a high school diploma had a working spouse, according to the Pew Research Centre. Their college-educated sisters fare better, but are still affected by the sex imbalance. Because most seek husbands of the same race—96% of married black women are married to black men—they are ultimately fishing in the same pool.