I have probably never been as scared as I was when three hundred people marched from a park in Tulia, Texas to the courthouse at the heart of town.  Forty-seven men and women had been arrested a couple of years earlier.  To the day.  … END_OF_DOCUMENT_TOKEN_TO_BE_REPLACED

Casey Sigal is an unsentimental Englishman who worked the civil rights beat in the early 1960s.  This piece in The Guardian touches on themes often ignored in mainstream reporting of this  week’s commemoration of the March on Washington.

The march, Sigal reminds us, unfolded against a backdrop of fear bordering on dread.   Prisons had been emptied to make room for the scores of people sure to be arrested.  This is the way official Washington still looked at Negroes in the summer of 1963.

Moreover, the movement itself was sadly divided over tactics.  If Martin Luther King Jr. is the man most of us associate with the March on Washington it was probably because of his unique ability to maintain dialogue with the old civil rights establishment, the young firebrands associated with SNCC, and the incendiary leadership of Malcolm X.  All sides grudgingly agreed to let King take center stage because they knew he understood where they were coming from even if he couldn’t always agree with their conclusions.

King was a feared man in 1963.  He came preaching peace and forgiveness, but John and Bobby Kennedy knew they couldn’t embrace King’s message without kissing the Dixiecrat South goodbye.  John Kennedy died a few weeks later because his heart, if not his head, was with the civil rights movement and everyone in the South knew it.   King was willing to whittle down white fear to a manageable size, but he made no attempt to placate it altogether.  White racism was, and remains, an irrational, some would say demonic reality that must be rejected without reservation.

It is the question that introduces and concludes this piece that really intrigues me: what would MLK make of president Barack Obama?  Sigal doesn’t think the civil rights giant would be too impressed.  What do you think?

Remembering my time at the 1963 March on Washington

As we celebrate the 50th anniversary, we must ask: what would the Rev Martin Luther King think of Obama’s presidency?

Crowds in front of the Washington Monument at the March on Washington. Photograph: Bruce Davidson/Magnum Photos

In 1963, a teenage woman civil rights worker in Albany, Georgia, said, “If you’re not prepared to die here then you’re not facing reality”.

Any of us who participated in the 1963 March on Washington for Jobs and Freedom will celebrate its 50th anniversary with a combination of sweet nostalgia and mixed feelings about its “legacy”. For me, and so many others, the event itself was redemptive and personally transforming. It had been a terrible year for African Americans and civil rights activists, a blood-drenched inventory of violence that included the jail beating of Fannie Lou Hamer and assassination of Medgar Evers. So on that Wednesday, 28 August, when 300,000 Americans from right across what I call the “decency spectrum” descended on an almost deserted Washington, it was as if a Norman Rockwell painting had come alive. END_OF_DOCUMENT_TOKEN_TO_BE_REPLACED

This op-ed recently appeared in the Washington Post.  Aaron Graham is lead pastor of The District Church in Washington DC and a graduate of Harvard’s Kennedy School of Government.  We originally met through my daughter, professor Lydia Bean, who was a graduate student at Harvard when Aaron studied at the Kennedy School.  I got to know Aaron better when he worked as the lead organizer for Sojourner’s Dallas Justice Revival a few years ago.

The politics of having faith and serving in government

It breaks my heart today to see how often politics shapes our faith, rather than faith shaping our politics. Over the years the church in America has become so biblically illiterate that we are often being more influenced by cultural and political trends than we are by the Word of God.As a result when we do come to church or read Scripture, we come with our minds already made up. We interpret the Bible through our own ideological lenses, picking and choosing what we want to believe and leaving the rest. This is dangerous, not only spiritually but politically as well.
When faith is reduced to being a subset of politics, it is often used as a political wedge to divide rather than unite us. Or, on the converse, when a particular faith seeks to overtake politics, both are worse off. God’s kingdom is much bigger than one political party or country and can never be fully reflected in a government institution alone.As Dr. Martin Luther King, Jr. wrote in “Strength to Love,” “The church must be reminded that it is not the master or the servant of the state, but rather the conscience of the state.” What our country desperately needs – and our faith demands – is a people who are not withdrawn from the government but are engaged in faithful ways.

We not only need people pushing from the outside, but also serving on the inside to help government fulfill its purpose of restraining evil, promoting justice and working for the common good.

We need more people like Daniel and his friends Shadrach, Meshach and Abednego, who learned to faithfully work in the government without selling out in the process.

What made their example so powerful is that they learned how to be good news in a culture that was completely foreign to their own. They were Israelites in exile in Babylon, far from home.

They honored their government leaders, and worked hard to help make the country a better place for all to live in, but also maintained the integrity of their faith. They knew when to risk their lives and when to walk away from power.

When asked to worship a golden statue of the king, they refused even under threat of death. They trusted God and were delivered safe and alive from the fiery furnace.

When another king decreed that prayers only be directed to him, Daniel defied this order, trusted God, and was delivered safe and alive from the lions’ den.

Working in the government can be tough. Washington, D.C. seems to specialize in attracting highly talented, motivated and educated people, only to have them burn out a few years later. The lack of a true community in the city is what pushes many over the edge.

The good news is that there is a group of people, young and old, from different ethnicities that are learning to follow the example of Daniel. Rather than standing on the sidelines and blaming politics they are renewing their commitment to faithfully engage with government, whether that means pushing from the outside or helping build up from the inside.

Rev. Aaron Graham is lead pastor of The District Church and a graduate of Harvard’s Kennedy School of Government. 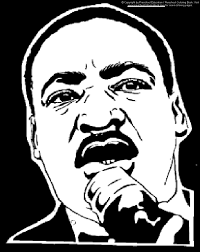 This talk was originally delivered as an address at an MLK program at the Department of Veterans Affairs Dallas Campus on January 12, 2012

I was thrilled to be asked to speak to you today. For one thing, it gave me a chance to reflect on what Martin Luther King’s understanding of justice can teach us about leadership in the twenty-first century. There is a big picture of King in my office. “The ultimate measure of a man,” the caption reads, “is not where he stands in moments of comfort and convenience, but where he stands at times of challenge and controversy.”

As we will see, Dr. King knew whereof he spoke.

When I arrived at the Southern Baptist Theological Seminary in the summer of 1975, I entered a new world. There were more Baptists in a single Dallas church than in all of Western Canada. I had come south because my denomination was too small to support a seminary. There were 3,000 men and women enrolled at Southern, and there were five other Southern Baptist seminaries stretched across the southern half of America.

I can still remember waking up my first morning in the dorm. “Gol-ly!” a preacher boy down the hall was bellowing. He sounded exactly like Gomer Pyle. I had never reckoned with the possibility that real people sounded like Gomer Pyle.

I had never given the matter a moment’s thought, but when I did, the answer was readily apparent. “Martin Luther King,” I said. END_OF_DOCUMENT_TOKEN_TO_BE_REPLACED