Why are so many right-wingers suddenly arguing the case for criminal justice reform?  In this fascinating piece in Salon, ﻿Justin Elliot of Salon directs this question to Doug Berman, author of the influential Sentencing Law and Policy blog.

Here are the highlights:

1. Prison is far more brutal than most people believe it to be

2. Most of the conservatives currently leading the smart on crime crusade have been locked up: Duke Cunningham, Charles Colson, Pat Nolan, Conrad Black

3. The religious concept of redemption generally plays a large role in these conversions.

5. When you do hard time you realize that harsh penalties are typically applied to crimes disproportionately committed by minorities

6. Busting budgets and historically low crime rates make this a good time for reform, but . . . 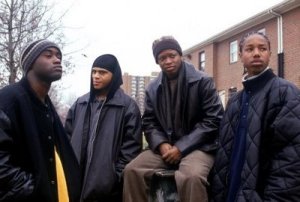 ﻿﻿﻿﻿﻿﻿﻿﻿﻿When the Wall Street Journal endorses the growing shift from mass incarceration to rehabilitation and diversion programs, something is in the wind.  But let’s not pop the champagne corks too quickly.  Politicians are beginning to understand that long prison terms for drug offenses have failed to deter drug abuse or the illegal drug trade.  Furthermore, prisons, even if run on the cheap, are unspeakably expensive.  All of this is good.

﻿Mass incarceration is primarily a function of the war on drugs, a slash and burn campaign that–its own propaganda notwithstanding–was never about getting drugs and drug dealers off the streets.  The drug war is about social control.  When a nation turns its back on its poorest citizens (as American did in late 197os) bad things are bound to happen.  Desperate people take desperate measures.  Those with little access to legitimate work will turn to illegitimate work–like selling drugs.  Middle class addicts can fund their habits, but poor addicts sling drugs and commit property crime to keep the supply flowing.  Entire neighborhoods become economically dependent on the trade in illegal drugs even as they are afflicted by unbearably high crime rates.  END_OF_DOCUMENT_TOKEN_TO_BE_REPLACED

For decades now, private prisons have been thrown up across America, often at the expense of the taxpayer, on the assumption that the policy of mass incarceration would eventually supply the needed bodies.

As I relate in Taking out the Trash in Tulia, Texas, the prison west of Tulia was built on this basis.  One scam offered to Swisher County residents was so flimsy it disintegrated before construction could begin.  The second wave of con artists used junk bonds to finance a building that sat empty for years before being picked by the state for half of its original construction cost.

The prison outside Jena, Louisiana was built on the same basis, this time with the larcenous cooperation of then-Louisiana Governor Edwin Edwards.  The same Houston outfit was responsible for the speculative private prisons built in Tulia, Jena and a dozen other little towns.

If we built it, folks reasoned, they will come.  And come they did.  For a time.

The Tulia prison was eventually filled to capacity.  The Jena prison filled up tool, but was closed on two separate occasions in response to racially-tinged allegations of inmate abuse (it now serves as a massive ICE lock-up).

But as the rate of incarceration has slowed in response to low crime rates and the financial crisis currently afflicting state and federal governments, more and more communities are paying the bills for superfluous prisons.  END_OF_DOCUMENT_TOKEN_TO_BE_REPLACED

On Sunday part of the scripture for the Sunday School class Patricia and I lead was from the sixteenth chapter of Acts, starting with the conversion of Lydia in Philippi, then to the exorcism of the spirit that possessed a slave girl. Now that slave girl and her spirit of divination was the source of considerable profit to her owners. So they were more than a little unhappy with Paul and Silas regarding this turn of events. The girl’s owners complained to the police, who arrested Paul and Silas, beat them, and threw them in the calaboose. So how did Paul and Silas respond? They had a prayer meeting and a hymn sing. END_OF_DOCUMENT_TOKEN_TO_BE_REPLACED 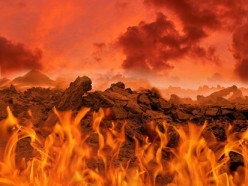 Not surprisingly, Pastor Bell is being trashed by the evangelical establishment . . . and the book hasn’t even come out.

Have you ever noticed the strong correlation between a stout belief in hell and support for mass incarceration? I doubt anyone has done any polling on this, but there is a powerful narrative connection between hell and prison.  If God plans to toss the miscreant into the lake of fire at judgment day, why should we be concerned about rehabilitation here below?  God gives up on people; why shouldn’t we? END_OF_DOCUMENT_TOKEN_TO_BE_REPLACED

A new moral consensus for ending mass incarceration must flow from narratives of faith.  Isaiah 58 is a natural starting place.

The setting for this prophecy is the hard years following the return from Babylonian captivity, approximately 500 BCE.   The people who made the trek back to Jerusalem quickly became disillusioned.  The walls of holy city were still broken down.  Solomon’s glorious temple lay in ruins.  Work began on a new temple, a modest structure a fraction the size of the building it replaced, but progress was slow.

The people had expected more.  Much more.  They couldn’t understand why God was letting them down.  Their commitment to Torah had strengthened considerably during the hard years of exile.  Worship attendance, sabbath keeping and tithing were all way up.

Still the people struggled.  They couldn’t understand why such bad things were happening to such good people.

Isaiah’s response speaks for itself. END_OF_DOCUMENT_TOKEN_TO_BE_REPLACED

Our friend Stan Moody tells the tragic story of how a shift in America’s moral consensus transformed a model prison into a hell hole.

In its November 1995 issue, The Atlantic Monthly reported on McKean, amodel federal prison in Bradford, PA. The focus of the article was a mild-mannered warden by the name of Dennis Luther, then about to retire. In thegolden age of the Corrections growth industry, Warden Luther was considered bythe Bureau of Prisons senior management to be a maverick who flagrantly violatedbureau policy. END_OF_DOCUMENT_TOKEN_TO_BE_REPLACED