The debate over the proposed “comprehensive immigration reform” bill is intensifying, with a “gang of six” senators attempting to hash out a bill that would regularize the status of some undocumented immigrants but may also include increased funding for harsh border enforcement policies.

This debate overlooks the astounding fact that federal spending on immigration enforcement now surpasses all other federal law enforcement activities combined. One of the most costly of these programs is Operation Streamline, a little-known enforcement program that is part of broader trend funneling immigrants into the criminal justice system. These policies channel billions of dollars to private prison corporations and are fueling the explosive growth in numbers of Latinos in prison. The “gang of six” are reportedly considering expanding funding of Operation Streamline. END_OF_DOCUMENT_TOKEN_TO_BE_REPLACED 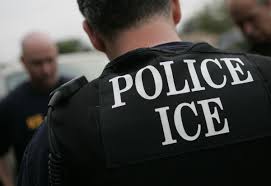 Private prisons are cheap because, as Krystal Gomez argues below, they cut corners on staff, medical care, maintenance, food and every other budgetary item.  Immigration prisons are heavily privatized and the consequences for inmates have been horrendous.  Gomez has interviewed scores of inmates in these prisons so she knows whereof she speaks. END_OF_DOCUMENT_TOKEN_TO_BE_REPLACED