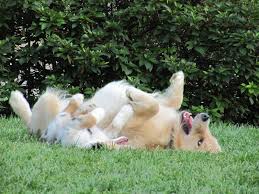 “I’m going to try and download every movie ever made, and you’re going to try to sign up for Obamacare, and we’ll see which happens first.”

This faux challenge from Jon Stewart to Health and Human Services Secretary Kathleen Sebelius gets to the essence of public bafflement over the disastrous launch of the Affordable Care website.  We have traveled so far down the digital highway, people think, that there’s almost nothing computer technology can’t do . . . like downloading thousands of movies on demand.  So, why can’t a simple government website allow people to sign up for medical insurance?  How hard can that be?

Here’s our deep suspicion: the Obamacare website failed because everything the federal government touches turns to garbage.  While the IT wizards in private industry remake the world, this clanky old government website can’t accomplish simple tasks.  Wouldn’t you know it?

But this simplistic analysis is wrongheaded.

The government’s website is an amalgamation of dozens of private companies contributing individual pieces to the larger puzzle.  Prior to launch, IT company reps told their congressional inquisitors, our little puzzle piece worked just fine.  But when they put the puzzle together nothing worked.  The picture on the puzzle box showed a puppy rolling in a green meadow; but the completed puzzle looked like giant robots battling it out in a dystopian moonscape.  Our firm can’t be held responsible for a system failure.

This happens all the time.  When you download a movie, you are using relatively simple software designed to perform a simple task.  Impressive, to be sure; but straightforward.  When you create a computer program designed to link dozens of discrete systems into a working whole, things can quickly go south.

The difficulty of integrating a series of very different computer systems came home to me when I was researching the unjust treatment of the IRP-6, a group of IT pioneers from Colorado Springs working to create software for the federal government.  The scene is post-9-11 America.  Washington officialdom has realized that the attack on the twin towers exploited the fact that American law enforcement agencies lacked the technology to coordinate diverse databases and intelligence systems.  Dozens of huge household-name IT companies had been working to fix the problem without success.

IRP, a small, underfunded operation in Colorado, believed it could contribute the puzzle pieces that would make the giant robots look more like a puppy.   Some federal officials were interested until the FBI decided to treat the IRP professionals as common criminals and throw them in prison for over a decade.  You can read the whole tragic story here.

When I listen to the talking heads lament the egregious failures of the Obamacare rollout, I am reminded of the decade-long failure of the intelligence community to integrate intelligence systems that didn’t speak the same language.  It wasn’t just that the FBI couldn’t share intel with the NSA; even the various departments within the FBI functioned as communication silos.

Here is the section of my IRP-6 story that discusses the problem as it relates to the FBI.   END_OF_DOCUMENT_TOKEN_TO_BE_REPLACED

Six devout and dedicated executives are serving hard time in a Colorado prison and their loved ones don’t understand why.  From the perspective of those who worked and worshiped with these men, the fingerprints of racial bias are visible to the naked eye.  FBI agents and DOJ prosecutors never saw this as a civil matter, a case of well-intentioned businessmen incurring business debt.  Instead, scores of federal officials concluded, in the face of overwhelming evidence to the contrary, that a Colorado software development company had no prospects of success, no interest in success, and existed for the sole purpose of defrauding business partners.  Until you realize that five of the six men at the heart of this story, the public face of the company, are African American, nothing else makes sense.

This instance of wrongful prosecution didn’t just damage individuals, families and businesses, it partially explains why, after more than a decade of effort and the fruitless expenditure of more than a billion tax dollars, the security issues that left America vulnerable on 9-11 remain unresolved.  It explains why criminal investigators in Philadelphia and New York City continue to use typewriters and why FBI agents still crank out hard copies of their investigative reports.

IRP (The Investigative Resource Planning Company), an information tech (IT) firm headquartered in Colorado Springs, Colorado had the answers, but the federal government was asking the wrong questions. END_OF_DOCUMENT_TOKEN_TO_BE_REPLACED