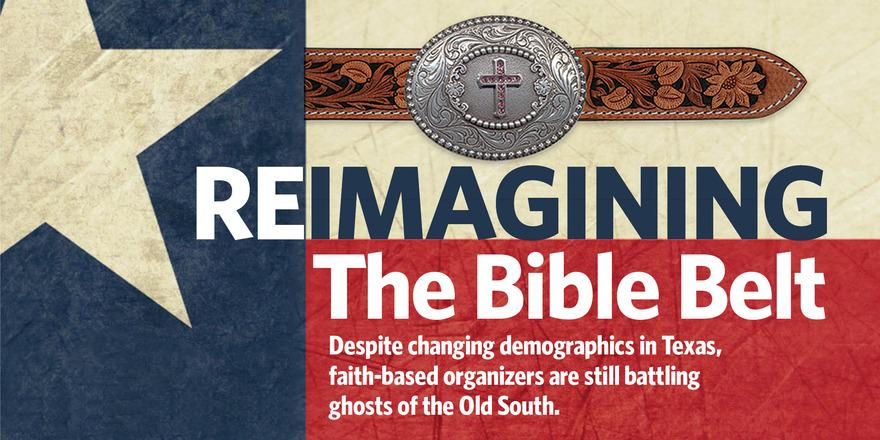 Why were Democrats so thoroughly humiliated in the 2014 election?  Analysts have been warning for months that this would be a tough year for the Blue team, but few expected the carnage to be this bad (or good, depending on your perspective).

The question is particularly pressing in Texas where Wendy Davis, the Democratic candidate for governor, lost by twenty points despite prodigious fund-raising success and massive GOTV support from groups like Battleground Texas.

By the numbers, Davis lost because more 80% of key demographic groups voted for Republican Greg Abbott: white males, white evangelical Christians, voters who believe government is too big and that abortion should be illegal.

Only 61% of Latino woman supported Davis while Latino men actually favored Abbot, albeit by a single percentage point.  Over all, Davis got only 25% of the white vote, 92% of the black vote and 55% of the Latino vote.

Latino support for Leticia Van de Putte, candidate for Lieutenant Governor, was also embarrassingly weak. While Latino women favored Leticia 58%-40%, Latino men backed Dan Patrick, an outspoken opponent of immigration reform, 53% to 46%.  These results are particularly mystifying when you realize that Van de Putte is a Latina who switches effortlessly between English and Spanish.

If Democrats were shredded from sea to shining sea, the results in Texas were particularly depressing for a party boasting its intention to “turn Texas blue.”

So, why did it happen.

The big story is that only 28.5% of eligible Texas voters showed up at the polls.  Texas has always been a low-voting state, but 28.5% suggests an alarming level of disengagement.  White evangelicals showed up in droves, comprising 30% of the Texas electorate (according to exit polls), and 84% of them voted for the Republican.

Even if every single evangelical voter had stayed home, Davis would have eked out a narrow victory.

When you can’t win 30% of the white vote, it doesn’t matter how well you do with young people and Latinos.

It is tempting for Democrats to castigate their supporters for sitting this one out, but that’s precisely the wrong approach.  What did Democrats do, in Texas or nationwide, to give young people and non-white voters a reason to vote?

As things presently stand, the Democrats are a party without a message,  And no, “the Tea Party is crazy and we’re not” doesn’t count.

When Obamacare survived a horrendous roll-out and registered a series of smashing successes, Republicans doubled down on their criticism.  When Democrats failed to defend their leader’s signature policy success, the only story in town came from Republican politicians and pundits: “Obamacare is horribly, shockingly, disgustingly awful!!!!”

Democrats begged Obama to avoid action on immigration until after the election.  The result: low turnout from frustrated Latino electorate and the loss of a hot campaign issue.  Sure, immigration is controversial, but the majority of American support both the Affordable Care Act and immigration reform.

A party without a message can’t compete with a party sporting simple talking points and a high degree of message discipline.  It doesn’t matter if most Republican positions are demonstrably wrong–if no one beats the drum for the alternative, Democrats will stay home and Republicans will score lopsided wins.

Texas Democrats won’t win 40% of the white evangelical vote in the foreseeable future, but if they can’t do better than 16%, the Republican hegemony could extend into the second half of the twentieth century.

White evangelicals see Democrats as the party of secularism, and if we restrict our attention to white Democrats a case can be made for this proposition.  But the anti-God label is hilariously off-target if Latino and African American voters are taken into account.

Show up at a Black or Latino church and you will realize that Republicans have no corner on spirituality; but too many white Democrats, in my experience, have come to see religion as the enemy.  That needs to change.

Wendy Davis was doomed form the outset because abortion rights, in Texas, is a political loser.  Greg Abbott’s position on abortion is surprisingly moderate, but the “abortion Barbie” label killed Davis in the heartland.

Unfortunately, much of the political money that flooded Texas came from people determined to make the abortion issue front and center.  The only way to protect women’s access to health care, long term, is to vote moderate candidates into positions of power.  In the end, Davis was forced to run away from abortion rights, gun control, immigration reform and virtually every other progressive issue.  She was a candidate without a message and her plight presented an egregious example of what ails Democrats across the nation.

Here’s the bottom line: democrats will become competitive in Texas the minute they give young people and Latinos a reason to vote.  That didn’t happen in 2014 and it won’t happen in 2016 unless we see dramatic change.

Texas Democrats are confused.  For generations we were the party of Dixiecrat populists; defending the interests of the little guy from corporate elites, while beating the drum for white supremacy.  But when the Democratic Party became associated with civil rights, Texas politics shifted from Blue to Red.  A handful of urban districts remained dependably Blue, but the suburbs, small towns and rural sections of the Lone Star State are decidedly, triumphantly, Republican.

As a consequence, the Texas Democratic Party now consists of educated white liberals, African Americans, Latinos, and an aging cadre of white “Yeller-dogs” longing for the return of Dixiecrat hegemony.

Texas Democrats have identity issues.  We all want to “turn Texas blue”, but that’s where the agreement ends.  In the interest of party unity, we kick the vision question down the road, defining ourselves negatively, in terms of what we aren’t.

There are two conflicting strategies for turning Texas Blue: we can get out the minority vote; or we can persuade moderate Republicans to abandon a party dominated by Tea Party extremists.  But we can’t pursue both strategies at the same time without garbling our message and blurring our vision.  Here’s why.