Fannie Lou Hamer never recovered from the beating she suffered in the county jail in Winona, Mississippi.  A blood clot eliminated vision in one eye.  Severe damage to her kidneys shaved decades off her life.

The sadistic brutality Hamer and her friends endured in Winona beggars comprehension unless you understand the times.  In 1963, only 6.4% of Mississippi’s eligible black voters were registered.  In Montgomery County it had been years since the last African-American had voted.  It took men like Sheriff Earl Wayne Patridge to maintain this unnatural state of affairs.

Patridge took office in a violent time.  His predecessor, Lawrence King, had paid two black men to kill one of his deputies, William L. Kelly.  King had been sleeping with Kelly’s wife and wanted to eliminate the competition.

By the time Fannie Lou Hamer arrived in Winona on June 11, 1963, Patridge was skilled at bending violence to his purpose.  A young black man named Jake Daniels was savagely beaten by police officers on at least two occasions, most recently just months before Hamer came to town.  A year earlier, Patridge and his officers beat up a young black man named Johnnie Frazier shortly after the Interstate Commerce Commission (in theory) integrated bus stations across the South.  Frazier figured that federal law applied in the State of Mississippi so he tried to eat at Staley’s Cafe, a whites-only establishment serving patrons at Winona’s Trailways depot.  These are the acts of violence that drew the attention of the Federal Justice Department–there were almost certainly other beatings that went unreported.

Sheriff Earl Wayne Patridge had a rule: Any nigger dumb enough to challenge Jim Crow in Montgomery County got a whipping–no exceptions.

On June 9, 1963, Fannie Lou Hamer and several other civil rights workers were returning from a trip to Septima Clark’s citizenship school in Charleston, South Carolina.  When they changed buses just over the Mississippi line, the group, still brimming with righteous fervor, insisted on sitting at the front of the bus.  The driver forcibly drove the group to their proper place at the rear, then phoned ahead to Winona.  When the troop arrived in Montgomery County, Earl Wayne Patridge, several of his deputies and a state trooper were waiting for them.

Hamer stayed on the bus while her companions attempted to get service in Stacey’s Cafe.  When the group was driven from the diner by force, Annelle Ponder, a stately school teacher from Atlanta, started taking down the license plate numbers of the police cars parked outside the depot.

Looking out the bus window, Hamer could see her friends being herded into police cars.  Rushing to the rescue, Fannie Lou was kicked in the shins by a sheriff’s deputy and taken into custody.

Six travelers were arrested on June 9. 1963: Annelle Ponder, Fannie Lou Hamer, 15-year-old June Johnson of Greenwood, young SNCC activist Euvester Simpson from Ita Bena, James West, and Rosemary Freeman.  June Johnson was the first to experience the wrath of Sheriff Patridge and his boys.  Stripped naked, she was smacked around the interrogation room until her face was a mask of blood.  There was an element of sexual sadism at work; a celebration of power and dominance that trumped simple lust.

Next, the men in uniform dragged in Annelle Ponder, the woman who intended to report them to the authorities.  They wanted Ponder to call them “sir”.  She told them she didn’t know them well enough to know whether they deserved that courtesy.  Smacked hard across the face, Ponder collapsed to the floor.  The men dragged her back to her feet and once again she was told to call her tormentors “sir”.  When she refused outright, a hail of blows drove her back to the floor.

Hovering on the margins of consciousness, Ponder called out to God to forgive her tormentors.  There were enough Baptists in the room to catch the biblical reference: “Forgive them, Father, for they know not what they do.”

Outraged by such uppity blasphemy, Patridge and his boys beat Ms. Ponder senseless and dragged her back to her cell.

Next they came for Fannie Lou Hamer.

“Where you from?” an officer asked.

“I’m from Ruleville,” she answered quietly.

“We’ll see about that,” the man replied with a sneer.  A call to Sunflower County revealed that Hamer was a seasoned agitator famous for singings gospel songs at civil rights rallies.

You can’t understand the species of rage on display in the Montgomery County Jail unless you remember what was happening in America in the spring and summer of 1963.  A month earlier, student protesters in Birmingham, Alabama (just a few hours from Winona) had been attacked by police dogs.  The home of Mississippi NAACP field secretary Medgar Evers had been fire bombed around the same time, and at the University of Alabama, Governor George Wallace was shouting, “Segregation forever” to cheering crowds as he threatened to bar a black student from enrolling at the state university.

Men like Earl Wayne Patridge were under seige; winning every battle,yet losing the war.

The deputy returned from running the identity check on Fannie Lou Hamer and flashed a malicious grin.  “You’re from Ruleville, all right,” he said, “and now we’re gonna make you wish you was dead.”

This was no idle threat.  After dishing out two vicious beatintgs the men in the interrogation room were growing weary.  Two black inmates were brought into the room, handed weapons and told that they better do what they had been told or there would be hell to pay.  Using black men to do the dirty work was an old Mississippi standby.  Black men were sometimes used to light the pire at lynchings and, as we have seen, ex-sheriff Lawrence King had hired two black men to do in his deputy. 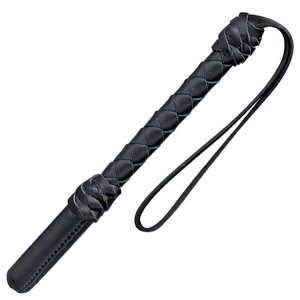 The first inmate was handed a cosh, a lead pipe encased in leather with a flexible handle.  Instinctively, Fannie Lou Hamer rolled onto her belly.  She had suffered from polio as a child and hoped to protect her weak side from what was coming.

As the blows rained down, Hamer started moving her feet and the second inmate sat on her legs to keep her still.  Her dress had started working up her leg and Hamer tried valiantly to pull it down.  A deputy stepped forward and pulled the dress all the way up.  When Hamer told her Winona story she always included this humiliating detail.  She didn’t use fancy words like “sexual sadism”.  She didn’t have to.

When the inmate with the cosh grew tired, the two men switched places.  The beating went on and on until Hamer’s flesh had grown hard and grotesque cuts and gashes covered her body.  Hamer was ordered to get up.  She couldn’t move and had to be dragged back to her cell.

Through a hellish night, young Euvester Simpson did everything in her power to keep her cellmate alive.  Years later, Simpson shared this account with an interviewer:

I sat up all night with her applying cold towels and things to her face and hands trying to get her fever down and to help some of the pain go away. And the only thing that got us through that was that … we sang. We sang all night. I mean songs got us through so many things, and without that music I think many of us would have just lost our minds or lost our way completely.

In the early sixties, jailers in small towns generally lived in the jail with the inmates. I have often wondered what the jailer felt when they heard muted songs of praise drifting through the cell block.    A day or two after the beating, Hamer told the jailer’s wife to read Proverbs 26:26: “Whose hatred is covered by deceit, his wickedness shall be showed before the whole congregation.”  She also suggested Acts 17:26, the verse declaring that God “hath made of one blood all nations of men for to dwell on the face of the earth.”

The woman dutifully jotted down the biblical references, but the two women never met again.

Meanwhile, Martin Luther King and the rest of the Southern Christian Leadership Conference staff in Atlanta were learning that five of their people had disappeared in Winona.  Hours later, news of the arrests arrived in the White House.  Dogs and bombings in Birmingham, Governor Wallace’s stand for segregation and the disappearance of civil rights workers in Mississippi made it impossible for President John Kennedy to maintain his neutrality.  While Fannie Lou Hamer and Euvester Simpson subsisted on a diet of gospel songs, Kennedy told his aids he was going on national television.  The speech, written almost entirely by Kennedy himself, was the most candid engagement with American racism any US president had ever made.

We preach freedom around the world, and we mean it, and we cherish our freedom here at home, but are we to say to the world, and much more importantly, to each other that this is the land of the free except for the Negroes; that we have no second-class citizens except Negroes; that we have no class or caste system, no ghettoes, no master race except with respect to Negroes?

Now the time has come for this Nation to fulfill its promise. The events in Birmingham and elsewhere have so increased the cries for equality that no city or State or legislative body can prudently choose to ignore them. The fires of frustration and discord are burning in every city, North and South, where legal remedies are not at hand. Redress is sought in the streets, in demonstrations, parades, and protests which create tensions and threaten violence and threaten lives.

We face, therefore, a moral crisis as a country and a people. It cannot be met by repressive police action. It cannot be left to increased demonstrations in the streets. It cannot be quieted by token moves or talk. It is a time to act in the Congress, in your State and local legislative body and, above all, in all of our daily lives. It is not enough to pin the blame on others, to say this a problem of one section of the country or another, or deplore the facts that we face. A great change is at hand, and our task, our obligation, is to make that revolution, that change, peaceful and constructive for all. Those who do nothing are inviting shame, as well as violence. Those who act boldly are recognizing right, as well as reality.

America would never be the same.

12 thoughts on ““Songs got us through”: Fannie Lou Hamer in Winona”