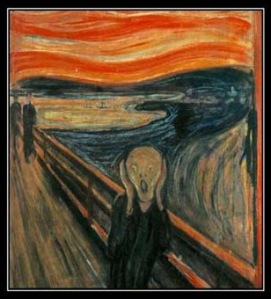 At the end of the fifth Curtis Flowers trial, Judge Joey Loper pitched a hissy fit.  A black juror named James Bibbs sparked Loper’s outrage by holding out for acquittal.

Judge Loper told DA Doug Evans to charge Bibbs with perjury.  Then he ordered Evans to cobble together a new law that would enable the prosecution to expand the jury pool beyond the borders of Montgromery County.

Evans complied on both counts.

The Mississippi Attorney Generals Office frustrated plan one by dropping the perjury charges against James Bibbs.

Then the black chair of the House Judiciary Committee frustrated plan two by refusing to let “The Flowers bill” make it to the house floor.

But there was method in the Judge’s madness.  He wanted black jurors to learn from James Bibbs’ example.  Message: if you hang a jury in my courtroom you might find yourself on trial.

You could feel the fear in the courthouse in the Montgomery County courthouse today.

The jury pool had already been cut from 600 to 156 when we arrived for day one of Curtis Flowers’ trial; by the end of the day only 76 jurors remained.

There were four categories of people in the room: category one people were the folks decent enough to admit that they had formed an opinion about the case too strong to be shaken by the evidence produced at trial; category two people in were desperate to be on the jury; category three folks weren’t fussy about jury duty but were willing to serve if their number came up; finally, category four people were desperate to get off the jury.

The eighty people eliminated from consideration today were a mixture of category one and category four people.  It was refreshing to hear jurors freely admit that they couldn’t be objective.  Black jurors and white jurors generally disagreed about the guilt-innocence issue, but they knew they weren’t going to change their minds.

Then there were the category four people–the ones scarecd to death of ending up on the jury.   One woman said that if her elderly pastor testified she might give too much weight to his testimony.  Fortunately, that didn’t qualify as a strike for cause–but she’ll think of another reason she can’t be on the jury, rest assured.

Category two people had no such qualms–they were willing to say whatever it took to stay in contention for a coveted jury slot.  One man admitted that he was really, really close to three of the innocent victims murdered at the Tardy Furniture Store in 1996, but swore he could still be trusted to weigh the evidence fairly and objectively.

Judge Loper, as the law demands, took these people at their word.

Some white jurors want to escape jury duty because they are terrified by the prospect of sentencing a human being to death.  Many black jurors imagine themselves staring into the faces of nine, ten, or eleven white folks who think Curtis Flowers done the deed.  It’s a no-win proposition.  Stand your ground and you are a perennial social outcast; cave in and you’ve got to live with your conscience.

If Curtis Flowers was white, no DA in the state of Mississippi would try to convict him.  You can’t pin a case this weak on a white man.

If Curtis Flowers went to trial in Jackson, he would likely be acquitted by a true jury of his peers.

But Curtis is a black man going to trial in Montgomery County.  Most black residents think he’s innocent, but it might not matter.

That’s why the small number of black jurors who survive the rigors of voir dire will be tempted to cast their lot with the white majority.

Day one of the Curtis Flowers trial had its high points.  At least ten observers were in the courtroom; some responding to an invitation from Friends of Justice, others attending on their own initiative.  I met some splendid people and ate some great Southern cooking.

But my eyes kept wandering to the man on trial.  Newcomers kept mistaking Curtis for a lawyer–he certainly looked the part.  But he’s got to be frightened.  After asserting his innocence for fourteen years and enduring five jury trials the fatigue must be crushing.

At the end of the day, Curtis is the only person in the room who can justify his fear.