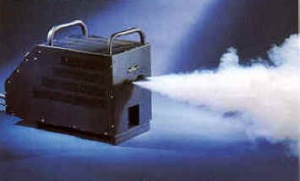 “Where there’s smoke, there’s fire.”  The prosecution of Curtis Flowers rests on this bit of folk wisdom.  Curtis told investigators he never strayed onto the east side of Highway 51 on the morning in 1996 when four innocent people were murdered execution-style at the Tardy furniture store.  One witness seeing Curtis Flowers on the east side of the highway might be mistaken, but the state has half- a-dozen witnesses making this claim.

With that much smoke there must be a fire some place.  Right?

Or are we all being duped by an elaborate fog machine?

Strip the eye-witness testimony from this case and nothing remains but junk science.

There’s the bloody footprint.  The Mississippi Crime Lab has shown that the print was made by a size 10-11 Grant Hill Fila running shoe.  An empty shoe box for a pair of 10.5 Grant Hill Filas was found in a chest of drawers owned by Connie Moore, Curtis Flowers’ live-in girlfriend.

Connie Moore says the shoe box is from a pair of Filas she purchased for her son Marcus.  Marcus confirms this testimony.

The problem pile grows.  The pool of blood grew gradually in the half hour between the murders and the arrival of Sam Jones (the first man to witness the crime scene).  Moments after the killing there would have been little blood to step in.

Sam Jones has testified that the print wasn’t there when he arrived at the Tardy furniture store.

An older white witness named Porky Collins claims to have seen two black men walking toward Tardys at around 10:00, a moment or two after Sam Jones ran off to report the crime.

Grant Hill Filas were a marketing sensation in the summer of 1996, with over 600,000 pair in the size 10-11 range purchased nationally.  Every young man in Winona who could make the $100 price tag owned a pair.

Then we have the single particle of gunshot residue found on the web of the defendant’s right hand.  Doug Evans has a little mantra: particles of lead, barium and antimony (with a unique spherical morphology) can only be produced by the discharge of a firearm.

Does this mean Curtis Flowers fired a gun on the morning of July 16, 1996?  The jury may be thinking along these lines, but claims from expert witnesses are more modest.  A single particle of residue (and an unusually tiny particle at that) can easily be picked up by casual contact, especially if you are in a highly contaminated environment.  Curtis Flowers was picked up by two officers, taken to the police station in a police car, and was questioned at the police station.  Studies have shown that gunshot residue is ubiquitous in all these environments.

The residue evidence in the Flowers case is meaningless.  Judge Joey Loper was asked to restrict testimony on the residue issue but ruled for the state (his standard practice).

A crime this horrific inspires sympathy for the victims and a deep craving for justice, but junk science alone falls short of a conviction.

For the past few days we have witnessed a parade of sad, compromised black people testifying that, fourteen years ago, they saw Curtis Flowers walking in the direction of the Angelica garment factory, hanging around the Angelica parking lot, returning home, heading downtown, walking in the direction of the furniture store, arguing with an unidentified stranger on the Boulevard in front of Tardys, and running from the scene of the crime.

One or two of these people may come off as a bit addled, but you still have six or seven fingers pointing at Mr. Flowers.

In fact, so many people claim to have seen the defendant doing so many things, at so many times, and in so many places that even the prosecutor and defense counsel have a hard time keeping all the details straight. 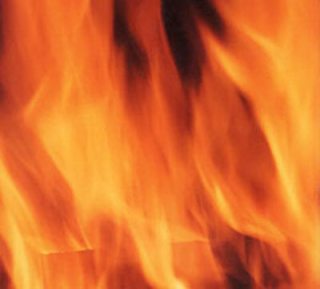 Who are these people, and why do they keep repeating the same tortured testimony year-after-year?

There’s Patricia Hollman, the woman who saw Curtis Flowers heading north to get to a southern destination.  Elaine Ghoulston, the sharp-eyed neighbor who detected a pair of Grant Hill Fila running shoes at a distance 200 feet (I paced it off yesterday morning).

There’s Katherine Snow who first said she saw a five-foot-six stranger with a cap leaning against a car in the Angelica parking lot and then, a month later, remembered that she had really seen a five-foot-ten, hatless, Curtis Flowers.

There’s Jeanette Fleming who waited seven months to report meeting a flirtatious Curtis Flowers (“Hi, good-looking!”).  Fleming was working at McDonald’s when officers spirited her off to the police station for a little tete-a-tete.  She has no idea how they got her name.

There’s Charles “Porky” Collins, the man who, in a single eventful morning witnessed (a) Carmen Rigby entering Tardy Furniture for the last time, (b) Curtis Flowers arguing with an unnamed buddy in front of the store, and (c) Doyle Simpson reporting his gun stolen.  In the midst of all this activity, Collins made three failed attempts to visit a dry cleaning establishment.

There’s Odell Hallomon who claims an extreme addiction to cigarettes drove him to accuse his loving sister of perjury.  In the second trial, Hallomon testified that he and Patricia Hallomon cooked up a story about Curtis Flowers to get their hands on the $30,000 reward.  In a letter to Curtis’ mother, Odell said he knew his family would reject him for telling the truth, but he was determined to do the right thing.

“When I got out of prison, my momma was on me everyday,” Odell explained today.  After a few weeks of constant harassment from his mother and sister, he got on the phone and told Doug Evans he was going to change his story.

Mr. Evans has done his best to harmonize this flurry of testimony, but serious problems remain.  Jeanette Fleming saw Curtis a block from Tardys at 9:00 am and Clemmie Fleming saw him running away from the furniture store 60 minutes later.  Would a murderer spend a full hour at the crime scene?  What did he do, and where did he go between 9:40 (when the bodies were first discovered) and 10:00 when Clemmie saw him leaving the scene?

While Clemmie saw Curtis fleeing the scene, Porky Collins saw him engaged in a vigorous argument on the boulevard.

Police initially had two suspects: Doyle Simpson and Curtis Flowers.  Shortly after Porky reported his strange tale to the police, Doyle had been eliminated as a suspect.  This made the second man (and his two-tone, dusty, brown Pontiac) superfluous, but the report could not be altered.  Doug Evans copes by pretending that Porky never mentioned a second man.

If Curtis had access to a vehicle, why did he leave on foot?

And why is there no overlap in the way the various witnesses describe the defendant’s physical appearance?  They have him wearing shorts, “windpants”, dress pants (of various colors), T-shirts (in a rainbow of colors and several designs), a hat, a shaved head, short hair, and, remarkably, a jacket–this on a scorching Mississippi summer’s day.

The problems with the eyewitness testimony are too numerous for a single post, but you get the idea.

Is the state’s case generating smoke or is that a fog of confusion settling over the courtroom.

And why would any self-respecting prosecutor allow himself to be associated with witnesses this unconvincing?  Doug Evans created these witnesses.  They are his puppets.  They twirl and sing at his command.  Sure, you can win convictions by suborning perjury, but have you no pride man?  Is this the legacy you had in mind when you left law school?

Why did all these people, over a period of nine months, agree to sign Curtis Flowers’ death warrant?  Was it greed, fear, a desire to be left alone, or a combination of all these factors?

At the end of Clemmie Fleming’s testimony on Monday, defense attorney Ray Carter asked her why it took nine long months for her to turn on Curtis Flowers.

“They told me there was a baby in it?” the dead-pan witness responded.

Clemmie explained that the 16 year-old Bobo Stewart, one of the victims, was just like a baby in her eyes (she was 21 at the time).  Outraged by this new information, she broke her silence.

Carter asked one final question.  “You don’t believe that Curtis Flowers killed those people at Tardys, do you Clemmie?”

“No, sir,” she replied softly.

So let’s get this straight.  Outraged by the death of an innocent adolescent, Clemmie decided to implicate an innocent man.

Ponder that, dear reader, and you’ll know why Friends of Justice is in Winona.

The tension at the courthouse deepens by the day.  One observer described a brief encounter with an indignant woman.  “Are you with the Friends of Justice?” she asked.

The woman softened instantly.  “Oh, then I’m sorry for glaring at you,” she said.

By now, everybody on the white side of the room knows who I am and they’re all glaring (yes, I notice).  I was standing outside the courthouse, fumbling with my Blackberry, when I glimpsed a middle-aged gentleman glancing in my direction.

“Thank you, sir,” I replied in the calmest voice I could muster.