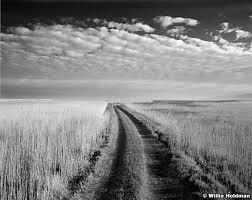 Friends of Justice believes in dragging “subtle” racism out of the shadows.  Our narrative campaign in response to the Curtis Flowers case, for instance, asserts that everyone associated with the prosecution of this case grew up in a Jim Crow world where black people like Fannie Lou Hamer could be tortured by police officers with impunity.  When Mississippi state senator Lydia Chassaniol delivered a keynote address to the proudly racist Council of Conservative Citizens, the regional media gave her a pass.  Her views, we suggested, were too mainstream to be criticized.

Our approach flies in the face of the prevailing liberal doctrine of colorblind universalism.  When discussing public policy issues related to criminal justice, for instance, colorblind universalists make two claims: racism isn’t nearly as bad in 2010 as it was in 1963; and, white racial resentment is so strong that the case for criminal justice reform must be presented in strictly race-neutral terms.

The logical contradiction here should be obvious: if racism has diminished so much, why should be so concerned about white racial resentment?

The problem, as Michelle Alexander has so eloquently argued, is that racism hasn’t disappeared, it has merely changed shape.  We are now dealing with a New Jim Crow in which the doctrine of colorblindness hides a multitude of sins.

A new book by Tim Wise, “Colorblind: The Rise of Post-racial Politics and the Retreat from Racial Equity,” provides an excellent companion piece to Alexander’s “New Jim Crow”.  Wise argues that Barack Obama’s appeal to post-racial universalism has been an unmitigated disaster.  By refusing to address the tidal wave of racist rhetoric currently engulfing the Republic, Obama has multiplied its power.

I urge you to run out and buy a copy of this important book (at 194 pages, it’s a quick read), but a section titled “Talking Class, Hearing Race: Why Post-Racial Liberalism Fails on its Own Terms,” gets to the crux of his argument.

According to Wise, post-racial liberals argue that “even if colorblind universalism is inadequate as a tool for eradicating racial injustice, and even if the rhetoric of racial transcendence is dishonest, political reality is such that most whites simply will not get behind any remotely progressive policy regarding jobs, education or health care without a race-neutral approach, and so long as they believe such efforts are really about achieving racial equity.”

Wise says this approach is doomed to failure because “the public, and particularly the white public, already views government spending on behalf of the have-nots or have-lessers, in racialized terms.  In other words, post-racial liberals like President Obama may say that they are advocating colorblind universal programs to help all in need, but most white Americans apparently hear something else altogether.  And once whites perceive that these universal efforts are really about racial redistribution, their opposition skyrockets.  While there are certainly non-racial reasons that individuals may oppose efforts aimed at benefiting those at the bottom of the economic hierarchy–be they specified as people of color or not–research has found that there is a significant correlation between anti-black prejudice and such opposition.”

Wise then cites research suggesting that white racial resentment is particularly strong when the issue of race is never broached.  According to UCLA law professor Gary Blasi, “Any reference to an urban issue, including such apparently neutral issues as parks or mass transit, will be affected by the underlying association of ‘urban’ to ‘minority.’  Indeed, research suggests that race may be doing the most work in those public policy arenas where it has not been explicitly mentioned.”

Wise concludes that “if the white public perceives any social program effort as racially coded anyway, better to raise the issues outright, rather than to be viewed as engaging in subterfuge to cover up some secretive racial redistribution scheme.”

“In fact,” Wise says, “research has found that white racial resentment is likely to be activated in policy discussions only when it is allowed remain sublimated and implicit.  Whites are primed to think in racialized terms–and negatively about blacks–only when the racial element of a policy consideration is subtle.  When it is made explicit, whites do not act on their racial resentments as often, because to do so would conflict with their self-professed and stated commitments to fairness.”

Wise then refers to University of Texas professor Ismail White’s treatment of a 2001 study by Tali Mendelberg.   “Mendelberg argues that racial priming works because the racial cues present in these messages make racial schema (in this case, whites’ attitudes about African Americans) more accessible in memory.  Those schema are then used automatically in subsequent evaluations of candidates or policy issues.  What makes Mendelberg’s theory of racial priming unique, however, is her contention that, to have any impact on opinion, racial priming must function at an implicit level.  At work . . . is a conflict for white Americans between their belief in the norm of equality on the one hand and their resentment toward blacks on the other.  Awareness of the racial nature of a message, she argues, will lead most whites to reject that message because they would not want to violate the equality norm.”

I love the balance in this argument.  White Americans really have embraced the doctrine of racial equality, AND they are deeply resentful of racial minorities.  White liberals have a hard time holding these seemingly contradictory truths in tension, but if they don’t, their analysis of the American scene will remain deeply flawed.

Wise has some practical advice for the president.  “This means that the Obama administration and others who claim to support progressive social policy should not shrink from discussing race, racism and racial inequity.  If anything, they should talk about it more, and drag implicit racial biases that animate much opposition to those efforts into the light of day.  Only in this manner can the contradiction between professed ideals and implicit biases be made salient.  And only by exposing that contradiction can we hope to beat back reactionary priming of white racial resentment in public policy discussions.”

Wise then argues that Barack Obama, for all his heroic attempts to remain race-neutral, is widely perceived as a radical agent of racial redistribution.  Some truly disturbing quotes from Rush Limbaugh and Glenn Beck are used to make a point that, at this stage of a bizarre election campaign, should be pretty obvious.

I tend to agree.  My great fear is that Barack Obama couldn’t have been elected without a post-racial pitch, and can’t govern if he sticks with it.

What are your thoughts?