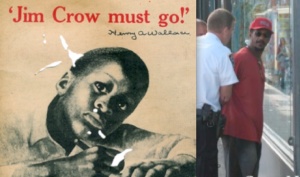 Tim Wise is taking heat for an anti-Tea Party, post-election screed that has been popping up on a host of Lefty websites.

﻿The basic idea is that, last Tuesday notwithstanding,  American conservatism has one foot in the grave and the other on a banana peel.  Here’s the gist:

I know, you think you’ve taken “your country back” with this election — and of course you have always thought it was yours for the taking, cuz that’s what we white folks are bred to believe, that it’s ours, and how dare anyone else say otherwise — but you are wrong.

You have won a small battle in a larger war the meaning of which you do not remotely understand.

‘Cuz there is nothing even slightly original about you.

There have always been those who wanted to take the country back.

There were those who, in past years, wanted to take the country back to a time of enslavement and indentured servitude.

There were those who wanted to take us back to a time when children could be made to work in mines and factories, when workers had no legal rights to speak of, when the skies in every major city were heavy with industrial soot that would gather on sidewalks and windowsills like volcanic ash.

There were those who wanted to take us back to a time when women could not vote, or attend any but a few colleges, or get loans in their own names, or start their own businesses.

There were those who wanted to take us back to a time when blacks “had no rights that the white man was bound to respect,” – this being the official opinion of the Supreme Court before those awful days of judicial activism, now decried by the likes of you – and when people of color could legally be kept from voting solely because of race, or holding certain jobs, or living in certain neighborhoods, or run out of other towns altogether when the sun would go down, or be strung up from trees.

And you will lose.

Don Lemon, a black CNN anchor, interviewed Tim Wise the day after the angry blog post appeared, asking if the author needed to dial things back a pit.  (You can find the full transcript and video of the exchange here.)

. . . he’s totally out of touch. I think when you look at the fact that here in [Florida] Congressional District 22, I was able to win a congressional district that is in the top five per capita income in the United States of America. It has a population that’s 92 to 93 percent white. So this is not about color- this is definitely about people being able to articulate the right principles of governance, being able to present viable solutions, and it really does come down to character. It has nothing to do with color of skin. And I was very concerned about when he started with his ‘taking our country back’ rhetoric that he was addressing. It is not time-oriented. It is not about going back to a certain period in the United States of America. But it’s about going back to constitutional principles, understanding the right and proper mandates of our federal government, and the interaction of the federal government with life and society, and how does it promote our free market and free enterprise.

Ironically, West’s rhetoric is a prime example of the “colorblindness” Tim Wise carefully dissects in his book, “Colorblind“.  Color, as such, is no longer the issue.  Wise offers an excellent critique of liberal appeals to colorblind ideology but (if his rant is anything to go by) fails to grasp that colorblind orthodoxy is even more popular among conservatives.  White folks in Florida would never have elected a black Republican in 1960.  Back then, representative West’s party affiliation would have been just as troubling as his skin color.

But times have changed.  Now, West’s blackness increases his appeal for white voters.  By pulling the lever for a conservative black candidate, white voters show they aren’t racists.  More importantly, they know a black man like Allen West will reinforce the historical amnesia that bedevils America.  In particular, West will ignore the new Jim Crow: using the drug war to create a new racial caste no one will defend.

Frankly, I have trouble with the idea that old white people are the big problem in America.  Young white people in the South fully endorsed the Jim Crow regime in the 1960s and developed clever ways to perpetuate its primary features in succeeding decades.  Worse still, the punitive New South outlook has been successfully exported to the rest of the country.  Opposition to the death penalty was at 47% in 1966.  Thirty years later, only 16% of the population opposed capital punishment.

I assume Mr. Wise has read Michelle Alexander’s groundbreaking “The New Jim Crow: Mass Incarceration in an age of colorblindness”.  The naive assumptions reflected in his “you lost and you will lose again” rant suggest he needs to read it again.

Today, the political fanfare and the vehement, racialized rhetoric regarding crime and drugs are no longer necessary. Mass incarceration has been normalized, and all of the racial stereotypes and assumptions that gave rise to the system are now embraced (or at least internalized) by people of all colors, from all walks of life, and in every major political party. We may wonder aloud ‘where have all the black men gone?’ but deep down we already know. It is simply taken for granted that, in cities like Baltimore and Chicago, the vast majority of young black men are currently under the control of the criminal justice system or branded criminal for life. This extraordinary circumstance—unheard of in the rest of the world—is treated here in America as a basic fact of life, as normal as separate water fountains were just a half century ago.

The folks Tim Wise lambasted in his post-election philippic have not lost, they have merely changed their tactics and altered their rhetoric.

We cannot counter the new Jim Crow if we see the civil rights movement as an unambiguous triumph.  For the folks on the lowest rungs of the socio-economic ladder, civil rights triumph quickly bled into drug war tragedy.

While reading Wise’s “Colorblind” essay, I noticed that he failed to address the war on drugs, mass incarceration or the new punitive consensus.  I assumed this was because he was training his artillery on the Obama administration and other Democratic moderates.  It appears I was wrong.  Like most left wingers, Wise seems to believe that the mere passage of time will usher in a golden age of diversity-affirming progressivism.  So long as colorblind orthodoxy reigns in America, positive change is hardly inevitable.  Unless we expose the mythical foundations of the new Jim Crow (and there is no pretty way to do this), the agony of mass incarceration will continue.

Can we rejoice in the imminent arrival of a progressive heaven if it comes with a silent hell in the basement?