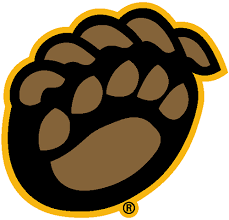 This past October, I wrote a piece in the Huffington Post entitled “Repentance of an Anti-Gay Bigot.”  Among the dozens of responses I received were many from my former law students at Baylor University, where I taught for ten years.  They were heart-wrenching, revealing the pain of attending Baylor in fear of being found out and expelled; of isolating themselves from their classmates; and ultimately their alienation from Baylor and even Christianity.  Baylor bars gays and lesbians from the faculty, and has fought hard to keep any gay student support groups from gaining recognition.  It has done this in the name of Jesus Christ, claiming the authority of the Bible.

I don’t teach at Baylor anymore.  This week I am starting my second year as a professor of law at a Catholic school, St. Thomas, in Minneapolis.  Though smaller than Baylor, it is similar in many ways.  It is strong in its faith identity, and the majority of faculty (at least in my department) and students are more conservative than you would find at most other schools.  Yet, there are differences, and at least one may be crucial to Baylor’s future.

After a few weeks of teaching sentencing at St. Thomas, one of my students stopped by to see me right before lunch, so I invited him to join me.  He had a genuine interest in criminal law, and in particular wanted to work for the U.S. Department of Justice, my former employer.  I love talking about the DOJ, and asked him which division he would like to work in.

He immediately told me he wanted to work in the Civil Rights Division in Washington, an important and often controversial office.  Looking over my sandwich at this middle-aged white male, I asked “Why Civil Rights?”

He immediately responded, “Well, I’m gay.”  He then began to describe some of the work he had already done in the area, but I barely knew he was talking—after ten years at Baylor, I was in a state of shock to hear a student openly admit this to a professor in a public place.  I looked behind me to see if anyone we might know was around, and felt relieved when there were only strangers.

I need not have worried.  St. Thomas has a gay and lesbian student organization, my administrative assistant is openly gay, and two of my colleagues who are full professors are also openly gay and are welcome to (and do) bring their partners to law school events.  Yet, not only does the school survive, but the fact that we are welcoming to gays and lesbians does not in the least seem to be read as any kind of statement on the part of our sponsoring body, the Archdiocese of Minnesota.  We are a community that includes gay men and lesbians as faculty, staff, and students, and stand proudly together as Christians.

Baylor can accept gays and lesbians without sacrificing anything.  Yes, the student code of conduct bars pre-marital sex, but gays and straights are equally susceptible to breaking that rule; if potential for sexual relations is a reason to bar anyone, it is a reason to bar everyone.   That rule should be enforced evenly.  All evidence now is that it is enforced in the dorms, but not elsewhere.  If that is the case, then enforcement should be consistent, gay or straight.

Former Baylor President Abner McCall once told a good friend of mine that “Baylor can’t be a Christian.  Only people can be Christian.”  As Christian people we must be both honest and loving.  Honesty tells us that there have been, are now, and will be gays and lesbians at Baylor.  If the plan has been to exclude them, Baylor has done a lousy job.   Given that gay men and lesbians are and will be students at Baylor, love instructs us to help them grow in faith and to welcome them, rather than exclude or demean them.

The time has come for Baylor to hire gays and lesbians who meet all other requirements; to lift the veil of fear from student life; and to allow gay and lesbian groups to establish themselves on campus.  Baylor is strong, proud, and Christian, and all of those qualities make such a change possible without a loss of identity.

To remain an engaged and relevant institution, Baylor must change.  Its message to gays and lesbians has to be something other than what is perceived on campus now:  That if you are gay, there is no love for you, on Earth or in Heaven.  Christ promises more, and so should Baylor.

7 thoughts on “Gay at Baylor: A Christian Challenge”