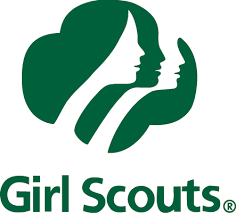 Below is an interesting article detailing a lawsuit filed against a Georgia Girl Scouts organization. The lawsuit, filed last week, was a result of the expulsion of two sisters from their Girl Scout troop after they gave a presentation on the civil rights movement.

The audience and other troop leaders did not respond well to the civil rights presentation. According to the suit, “The only applause [the presenters] received was from the other two African American girls and one Indian girl in attendance.”

The response to the young girls’ presentation is not surprising coming from a largely white audience. In fact, this reaction is all too common. The civil rights movement does not reflect favorably on most Southern whites and, therefore, discussion of the movement is often met with resistance and resentment from white audiences. It will be interesting to watch the suit unfold and hear the response (if any) from the Girls Scouts of America . MW

ATLANTA — An Atlanta-area mother has filed a lawsuit against a Girl Scouts organization alleging that her twin daughters were expelled from their troop after they gave a presentation on their family’s involvement in the civil rights movement.Angela Johnson filed the suit last week in Gwinnett County State Court, claiming intentional infliction of emotional distress and negligence. The suit says the troop leaders knew an expulsion would cause the girls harm and that the organization had a responsibility to repair the situation.
In a statement, the Girl Scouts of Greater Atlanta says the girls weren’t expelled and calls the incident a “disagreement between well-intentioned moms,” referring to Johnson and the troop leaders.The 8-year-old twins gave a presentation in March for their “family heritage project” that centered on their family’s involvement in the civil rights movement in Mississippi, and they were distraught when they received a cool response from the audience and troop leaders, the lawsuit says.

“The only applause they received was from the other two African American girls and one Indian girl in attendance,” the suit says.

About a month later their mother got an email from the troop leaders saying the girls were expelled from the troop, the lawsuit claims. The email said the leaders were concerned because “we haven’t seen the level of enthusiasm from the twins as we have from the rest of the troop” but goes on to say that “if the girls would like to continue (with the Girl Scouts) we can work to find another troop that would better fit their interests and wants,” according to the lawsuit.

“It seemed inconsistent to say on one hand they’re showing a lack of enthusiasm, but on the other hand that there might be another troop that could better accommodate them,” said Johnson’s lawyer, Carlton Rouse.

The statement from the Girl Scouts doesn’t address why the email was sent, but says: “Girls switch troops for a variety of reasons. It is not unusual for a troop leader, a mother or a girl to consider changing troops.”

The organization also says it promptly looked into the situation and that race played no part.

Rouse said he’s not alleging racial discrimination against the girls, who are black, but said he believes the girls were expelled as a result of their presentation.

“I believe it was a bad decision, and I believe the decision was brought on by this cultural heritage report because I can’t see anything else that would have prompted it,” Rouse said.

Rouse said the Girl Scouts failed to respond to numerous calls, emails and letters from Johnson and from the National Association for the Advancement of Colored People and hadn’t taken any corrective steps or reinstated the girls. The only option offered to his client, he said, was to start her own troop.

Girl Scouts of Greater Atlanta says the organization is committed to the principle of inclusion and noted that 40 percent of the girls in the troop in question are black or Asian. It wasn’t clear how many girls are in the troop. The Girls Scouts say they offered the girls the opportunity to continue with their existing troop or a different troop or for Johnson to start a new troop.

At the end of discussions between Johnson and the troop leaders, Johnson said she would discuss the matter with her daughters and get back in touch, the organization says.

Copyright 2011 The Associated Press. All rights reserved. This material may not be published, broadcast, rewritten or redistributed.