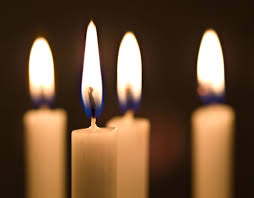 The Advent Challenge to Wealth

I write this from the breakfast room of my comfortable home in Edina, Minnesota, a suburb of Minneapolis. People from other communities call Edina residents “cake-eaters,” because of the relative wealth of its residents (other towns, they say, get the crumbs). Right now, Edina is blanketed in snow, and on my block the trees and bushes are decorated with beautiful, twinkling white lights. That classic tableau is what I see out the window — a Christmas card come to life.

In a way, it is a wonderful place for Advent, that Christian season before Christmas dedicated to reflection and waiting for the coming of the Messiah. The snow quiets everything, and one can walk through Edina’s streets and parks in that wonderful hush of winter. Nor is the peace broken by police sirens; that is a sound I have never heard from my home. There are no people yelling in the street, and even the cars are quiet, as they slowly traverse the winding streets. There is calm, above all, because that is part of what money can buy, and does. It is where I have put my treasure.

As with so many other things, though, Jesus troubles that calm within me. I worship at an old stone church, which I can walk to over a beautiful stone bridge spanning Minnehaha Creek, a brook which runs near the back and side of that church. The church, too, is calm and warm. This morning, though, the Advent reading was about the one who came before Jesus: John the Baptist. This is the miraculous John the Baptist who somehow convinced people to follow a Messiah who had not yet appeared, and told the people who came to him for baptism: “Whoever has two coats must share with anyone who has none; and whoever has food must do likewise.”

The message of Christ, even before he appeared, was challenging to the wealthy among us — to me. The only theology John the Baptist offered were the directives to repent and to give away our wealth, retaining only what we truly need. The second (and third, and fourth) coat which hangs, unused, in my closet represents sin. The truth about that wealth was so deep and clear in the eyes of God that it was at the heart of Christ’s message even before he began his ministry.

From where I sit, by the window in my breakfast room, that is chastening. Much as I may want to condemn the impure, the different, the gays and lesbians, the loud politicians, the lazy people among us, it turns out that the one Christ condemned, from the start (or, through John the Baptist, before the start), is me and my closet full of sin.

Now I sit with a new spirit of quiet.

I don’t quite know what to do with it, either. I can start, I suppose, with my coats.

One thought on “The Advent Challenge to Wealth”