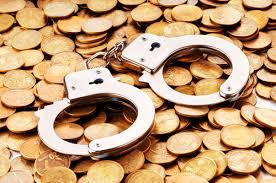 Over the past decade, federal and state governments have increasingly turned to prison privatization. A report released this week by The Sentencing Project highlights the rise of private prisons in the U.S. and the consequences of privatization.

Private prisons now hold approximately 8% of the entire prison population in the U.S. This shift toward privatization, The Sentencing Project reports, began with public policies enacted in the 1970s and 1980s:

“The War on Drugs and harsher sentencing policies, including mandatory minimum sentences, fueled a rapid expansion in the nation’s prison population. The resulting burden on the public sector led private companies to reemerge during the 1970s to operate halfway houses. They extended their reach in the 1980s by contracting with the Immigration and Naturalization Service (INS) to detain undocumented immigrants.”

Private prison corporations are in the business of warehousing prisoners. They contribute to and profit from mass incarceration. With the help of the American Legislative Exchange Council (ALEC), for-profit prison companies have lobbied for mandatory minimum sentences, three strikes laws, truth-in-sentencing policies, and immigrant detention centers. As a result of increasing prison privatization, two of the largest private prison companies, Corrections Corporation of America (CCA) and GEO Group, have combined annual revenues exceeding $2.9 billion.

In addition, prisoners often receive lower-quality care in private facilities. There have been numerous reports of abuse in facilities operated by private prison companies. One example is the Walnut Grove case that Friends of Justice reported on last year. In this case, a class-action lawsuit was filed against a private juvenile facility run by GEO Group when reports emerged of sexual abuse, improper medical care, extended prisoner isolation, and violence among inmates in the facility.

As cases like the one in Walnut Grove tell us, inadequate inmate programs and services mixed with under-paid and under-trained staff is a recipe for disaster. In order to end mass incarceration, we have to stop privatizing prisons. So long as individuals and corporations are profiting from locking up people en masse, over-incarceration will continue to be a problem.

One thought on “Profiting from Prison”