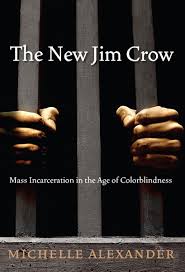 In fact, he is so inspired that he will give you a copy of the book so long as you want one and promise to read it. All you have to do is send him an email at lpitts@miamiherald.com with the subject line “I want it. I’ll read it.” At the end of the month, Pitts will draw 50 names and send an autographed copy of the book (free of charge) to those 50 individuals.

Pitts isn’t doing this as some publicity scheme. He isn’t getting reimbursed by his employer or Michelle Alexander’s publisher. He is paying for the books out of his own pocket. “I chose to do it that way,” Pitts says, “in order to impress upon you how vital I personally feel it is that you read this book.”

If you have not yet read “The New Jim Crow,” now is the time! MW

I have something for you.

In June of 2010, I wrote in this space about a book, The New Jim Crow, by Michelle Alexander, which I called a “troubling and profoundly necessary” work. Alexander promulgated an explosive argument. Namely, that the so-called “War on Drugs” amounts to a war on African-American men and, more to the point, to a racial caste system nearly as restrictive, oppressive and omnipresent as Jim Crow itself.

This because, although white Americans are far and away the nation’s biggest dealers and users of illegal drugs, African Americans are far and away the ones most likely to be jailed for drug crimes. And when they are set “free” after doing their time, black men enter a legal purgatory where the right to vote, work, go to school or rent an apartment can be legally denied. It’s as if George Wallace were still standing in the schoolhouse door.

The New Jim Crow won several awards, enjoyed significant media attention, and was an apparent catalyst in the NAACP’s decision last year to call for an end to the drug war. The book was a sensation, but we need it to be more. We need it to be a movement.

As it happens and not exactly by coincidence, Alexander’s book is being reissued in paperback this week as we mark the birthday of the man who led America’s greatest mass movement for social justice. In his battle against the original Jim Crow, Martin Luther King, in a sense, did what Alexander seeks to do: pour sunlight on an onerous condition that exists just beyond the periphery of most Americans’ sight.

I want to help her do that. So here’s the deal. I’ll give you a copy of the book — autographed by the author, no less — free of charge. You don’t even have to pay for shipping. All you have to do is tell me you want it and promise me you’ll read it.

In fact, make that the subject line of the email you send to request your copy: “I want it. I’ll read it.” Send it to lpitts@miamiherald.com. Make sure to include your contact information and mailing address. At month’s end, I’ll draw 50 names from a bucket and send out 50 books. If you work for the company that syndicates my column, or a newspaper that runs it, you can’t participate. The same goes if you’re my kin or my friend.

On March 15, Alexander has agreed to appear with me at Books & Books in Coral Gables, where I will moderate a discussion with an audience. You’ll also be able to submit questions via Twitter @MiamiHeraldLive and Facebook. Video from the event will be posted on The Miami Herald’s website (www.miamiherald.com).

And here, let me make one thing clear. This giveaway is underwritten neither by my employer nor by Alexander’s publisher. Me, myself and I will pay for both books and shipping. I chose to do it that way in order to impress upon you how vital I personally feel it is that you read this book.

No, I have no financial interest in its success. I do, however, have tremendous emotional interest. Half a century ago, Martin Luther King and a cadre of courageous idealists made a sustained appeal to this nation’s misplaced sense of justice, forced Americans to see an outrage that was right in front of them yet, somehow, beyond their line of sight.

There could be no better homage to his memory than to do that again.