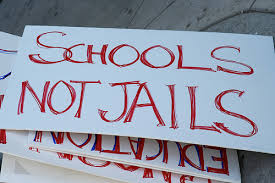 In the wake of the Columbine shootings, the Westside Middle School massacre and other violent incidents within America’s schools in the late 1990s, there has been a heightened awareness of the importance of safety within a school and university setting.  According to the National Institute of Justice, more monitoring and awareness of the issue has, at least by one measure, been successful: by 2005, violent crimes, homicides and thefts within schools had all markedly decreased nationwide.  It is worth noting that cyber crimes such as attacks on a school’s computer network or attempted hacks on internet school initiatives such as online PhD degree programs, are on the rise.

However, this statistical decline is not the only side to the story. Recently, several new studies, which are highlighted within Radley Balko’s article for the Huffington Post, suggest that the methods used for suppressing crime may be overly intrusive. For example: a higher proportion of people under the age of 23 are going to prison than ever before. The statistics are overwhelming: in the United States, one in three youths will be arrested prior to the age of 23. Additionally, the number of law enforcement personnel assigned solely to schools has increased by 37 percent between 1997 and 2007 and it is believed that the number of arrests that have originated in schools has also risen significantly in the past ten to twenty years. The result has been a situation where many schools have abandoned their duty to educate and treat difficult children.

The problem has become so severe that the American Civil Liberties Union (ACLU) has dubbed it the School-to-Prison Pipeline. The ACLU argues that many of the children arrested and funneled out of the school system are those that are most at risk: those who live in poverty, have learning disabilities, or exhibit a history of abuse. The ACLU argues that it is the school’s responsibility to treat these children’s underlying problems and respect their right to be educated – in other words, discipline within the school should be used in combination with counseling and other support services, rather than incarceration.

Techniques can be used to maintain safety within schools without resorting to arrests. This includes getting rid of the “Zero Tolerance” policies common among schools. These policies mandate that students who commit an infraction are immediately expelled, suspended or arrested, rather than given a second or third opportunity. However, this attitude can be counterproductive – often students who are most in need of a support system are the ones who are abandoned; either they are left school-less or they are given over to an intimidating and unsupportive criminal justice system.

Additionally, schools need to make sure that the officers and law enforcement officials who work with students are not encouraged to escalate every infraction to a criminal offensive. For example, two ten-year-olds who are involved in a fistfight do not necessarily need to be charged with criminal assault. A more effective method of discipline would be to send each child to the principal’s office to cool off, and then work with each child after school on a regular basis to help treat any anger or violence issues each may have. By using techniques like these, schools can balance a child’s right to privacy and to an education with the needs of a safe school.