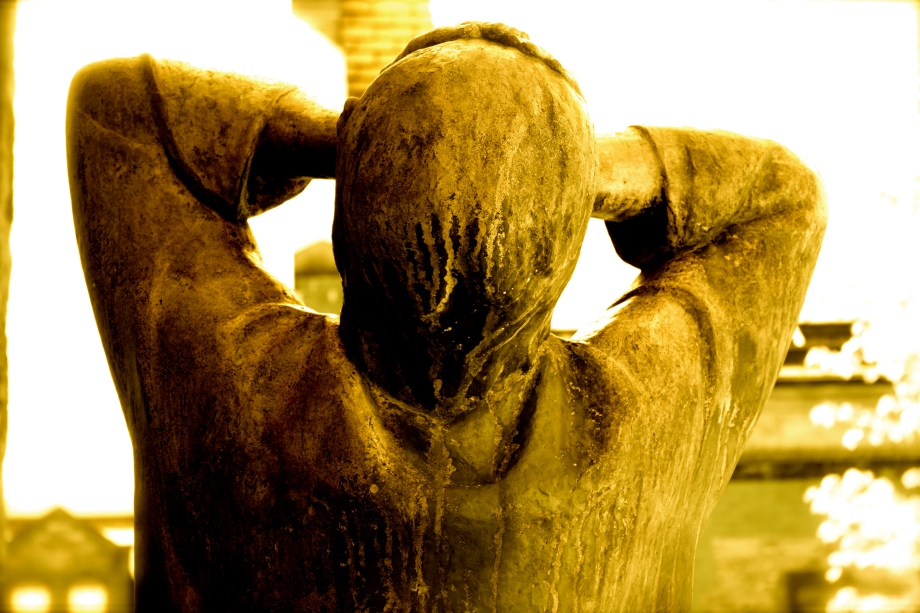 “Every time I think of the crucifixion of Christ, I commit the sin of envy.”

I came across this quote during my first year at Harvard Divinity School. At first, I was shocked.  Then, I grew angry.  Weil’s conceptualization of suffering seems deeply rooted in a long-standing Christian tradition that dates to the Middle Ages.  As philosopher and historian Pierre Hadot argues about the time, “Penitence, inspired by the fear and love of God, could take the form of extremely severe self-mortification.  The remembrance of death was intended not only to make people realize the urgency of conversion, but also to develop the fear of God.”  I am afraid such conceptualization has transcended the Dark Ages and pervades in much of today’s practices.

An extreme example rests in today’s practitioners of self-flagellation such as the late Pope John Paul II who, according to a recent book–Why he is a Saint– whipped himself with a belt.  What is perhaps more shocking is what a recent Times article expressed—that “the physical suffering he inflicted on himself may in fact help propel him to sainthood faster than anyone before him.”

Much of Christian tradition today accepts suffering as a process of purification.  We are told—at least I was—that suffering sanctifies us, that problems are redemptive and force us to go through a process of self-realization and self-awareness otherwise impossible to achieve.  We need problems.  They are part of life and we are to welcome them.

Yet, such understanding of suffering is hardly limited to Christian tradition.  Recently, I re-read Gandhi’s autobiography and I was struck by an exchange between his servant and the great leader:

–Well, Ravishankar…you may not know cooking, but surely you must know your sadbya (daily worship).

–Sadbya, sir! The plough is our sadbya and the spade our daily ritual

The plough (and the spade)—the physical labor and pain associated with agricultural practices—serves as a spiritual exercise.  Through this toil, Ravishankar and others who consider the spade “our daily ritual,” can find a tool to worship, and in return, achieve closeness to God.

We can reconsider the body, therefore, as a sacrificial stage upon which we can perform acts that please God and that in the long term bring us closer to sanctity—both the plough and the spade embody physical strain, but they are also necessary as a form of worship.

“But I say to you, Do not resist the one who is evil.  But if anyone slaps you on the right cheek, turn to him the other also” (Matthew 5:39).

I here think of Maria, a woman from a domestic violence shelter in Boston who suffers from a partial paralysis that resulted from her husband’s strangling her.  She is hardly alone.  According to Jane Doe Inc., in September 15, 2011, “56 programs [in Massachusetts] reported providing services to a staggering 1,799 adults and children on that one day.”

In my conversations with her, Maria has tried to find justification to her suffering by indicating she is “paying for her sins” and that her condition has “brought about a form of redemption.”  Many of the women with whom I’ve worked have also pointed to theological justifications for their pain.  With these words, Maria and other women abide to a long-held tradition and understanding of a pain that vindicates.

But why must Maria’s pain contain a silver lining?  More importantly perhaps is how Maria should respond to her situation.  If she were to follow Matthew literally, we could ask Maria to return to her ex-husband and allow him to choke her once more so that the other part of her body becomes paralyzed.  Given a literal interpretation of Matthew’s scripture, is the paralysis of half of her face insufficient or is it a cheek too many?   One more punch, one more humiliation would lead to more purification, no?

Clearly, a literal understanding of Matthew’s text is problematic at best, if not downright dangerous.  As someone whose work focuses on domestic violence, I cannot stand silent when my clients justify their pain as “God’s will.” So how else can we make sense of theological text that seems to welcome suffering as a passport to heaven?  It might be useful to reinterpret Matthew not as prescription for passively accepting affliction, but as a proactive tool to teach others about the errors of their ways through peaceful rather than violent means.  With a metaphorical turning of the check, we ask others to reflect, to encounter the humanity in the victim they have violated.

I remember during times of distress, I have spoken curtly to my best friend.  Each time he has responded to me in the same manner, “no matter how mean you are to me, I will not stop being your best friend because I love you.  But I just want to make you aware of how much your words hurt me.”  He then leaves me to reflect.  This metaphorical turning of the cheek awakens an awareness that moves me to tears.  It does not mean, however, that he becomes victimized and passively accepts whatever insult I impart on him.  Rather, he maintains his dignity by walking away after proactively engaging with me and making me aware of the pain I have caused him.

My friend’s actions make me think another form of achieving purification is possible, one that does not rely on self-sacrifice and suffering.  Rather than aspiring to sacrifice one’s body for the contentment of others, rather than turning ourselves into sacrificial stages upon which experimentations with pain and abandonment can be performed, rather than embarking on a life of material abstinence, we could simply strive to engage in deeply introspective reflection and commit to (kindly) helping others realize, through similar introspection, their faults.

Unfortunately, many of the theological texts, teachings, and sermons we encounter instruct that such self-meditation is almost impossible to achieve without its being coupled with suffering.  Figures such as Gandhi, Jesus, and Weil lived remarkable lives committed to introspection and service, but why must their spiritual growth depend, or at least partly rest on, a life devoid of pleasures?  To an extreme, why must their work be coupled with a need to shed worldly ties?

I think we can be committed to the service of others and to profound introspection without neglecting ourselves.  In this light, Maria need not suffer further to find redemption.  She can strive to stand as a living testament of injustice and brokenness, as a witness of hope.  Maria finds empowerment and redemption by speaking against domestic violence to as many people as her three children.  She abides to God’s will by continuing to live with passion rather than resignation to an unfortunate condition.  Painting her suffering as worthwhile, however, strips her of her triumphs.

With this in mind, I would like to reformulate Weil’s assessment of the crucifixion.  The passion of our Lord does not end in his death but in his resurrection.   Thus, every time I think of the latter I commit the sin of bliss.  After all, the message of Jesus’s martyrdom is the possibility of life.   His death was enough.

Note: The original posting appeared on the blog Turn It Up Boston