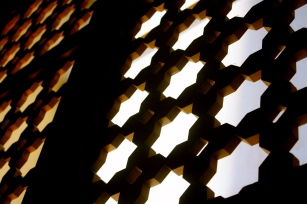 In the past decade, American aversion of and hostility toward Islam and its followers have promoted campaigns of exclusion.  We have seen protesters object the erection of a Mosque in New York City, politicians denounce those who seem sympathetic to the Muslim world, and pastors malign the Qur’an as a book of enmity and terror.   Famous political commentators have announced to the world that “ten percent of Muslims are terrorists,” and rather than admonishing these commentators, their producers have only written extensively in support of such claims.  However, while the vilification of all that represents Islam seems to permeate almost every discourse in America, we have neglected to scrutinize our own rebels.

On the frigid morning of December 3, 2010, The Westboro Baptist Church demonstrated in front of Hillel at Harvard College.  A multitude of students, faculty, and staff gathered in front of four year olds holding signs that read, “God hates fags” “Your Rabbi is a whore” and “Pray for more dead soldiers.”  Fred Phelps’s church has picketed Jewish centers, high schools, and soldiers’ funerals across America.  In the wake of the shootings in Arizona, the WBC promised to protest the funeral of nine-year-old Christina, a little girl interested in public service.  Yet, we insist the terrorists are in the Middle East while in truth, those who preach hatred at home have caused more danger and hostility.  Every day, I am disturbed by the rhetoric against some religions while the same rhetoricians praise divisive Christian fundamentalist who have polarized our country to dangerous levels.  We harbor our own evil-doers in the United States: those who picket little girls’ funerals, those who incite anger by promoting Qur’an-burning events, and those who use hatred and bigotry rather than love and reason to argue against abortion, same-sex marriage, and legalizing undocumented children devoted to this country.  A few days ago, a man in his late twenties told me he disliked and distrusted all Muslims because “they bombed us in 9/11.”  Muslims did not bomb us.  Fanatics did.  Extremists did.  Just as the Ku Klux Klan employed Christianity to validate its violent enterprise, so did those who so callously attacked America in 9/11 used Islam to validate their malevolence.

In the last few years, I have become a more faithful, though disappointed, Christian.  I have faith in the power of love and unity that our Lord taught us, but I am scared of Christian dogmatism eroding the message of Jesus Christ.  Where is the compassion?  What of the love for those who differ from us?  I am hopeful that The Bible may serve as guidance for peace, but I am also afraid of its being used as a tool to promote odium.  The late Reverend and theologian Peter Gomes argued that Christian churches today are not engines of change, but engines of conservatism.  How far, I wonder, can this conservatism take us?

I am a Divinity School student who studies religion not only to strengthen my faith but also my theological understanding of Christianity so that one day I may encourage dialogue that is uniting, not divisive.  In light of the commentator’s statements about Islam and the encounter with Phelps’s church, I wonder whether more people would benefit from learning the tenants of the world’s religions. 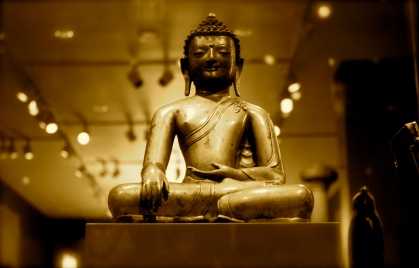 The truth is, views have begun to change, slowly but decidedly.  As the picketers held signs, the rest of us sang songs of praise and love.  A few minutes into the protest, my boyfriend and I held hands and walked to our rooms.  On one side, I read the signs, “God hates fags” “AIDS is God’s punishment.”  On the other side, a police officer smiled and took off his hat as John and I crossed the street.  At that moment, I looked down at our grasp and reflected: perhaps, hatred can be combated with love; perhaps, there is still hope for God’s message.

The original posting appeared on the blog Turn It Up Boston.

2 thoughts on “Why Study Theology”