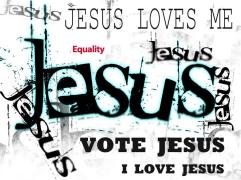 Richard Cohen asks why the GOP is beating up on Mitt Romney.  Sure, the Republican candidate “espouses extreme positions he does not for a moment believe.”  But what are his options?  Republicans who hope to survive the Iowa caucuses are forced so far to the right that they surrender mainstream appeal.  If they win Iowa, their feet are nailed to the floor.

Cohen thinks this explains why GOP politicians with talent and intelligence refused to enter the 2012 presidential follies–they saw the train wreck coming.  Romney won, in Cohen’s view, because he was the most competent navigator on a ship of fools.

I suspect the Washington Post columnist is right, but how do we account for an electorate that forces Republican candidates to deny climate change, suggest that the US Constitution is a Christian document and kiss off the scientific community while systematically alienating Latinos, African Americans and women?  How do we explain the strength of the Tea Party?  Yeah, I know the Koch brothers have backed these insurgents with their megabucks, but it takes more than money to make a movement.  There is some genuine outrage simmering in the heartland.

And why, despite Mitt Romney’s lackluster campaigning and embarrassing gaffes, is this race still close?  Why is Barack Obama, a reputed radical socialist Muslim extremist, afraid to reference mass incarceration, mass deportation, pardons and commutations, Guantanamo, global warming, NAFTA, single payer health care, the rapid disappearance of American manufacturing, labor’s right to organize, a crumbling infrastructure, the tragedy of Iraq or the utter futility of Afghanistan?

And why does the Democratic platform, to the extent there is one, read like a watered down version of conservative orthodoxy?  Democrats are tough on crime, just not as tough as some Republicans appear to be.  Democrats embrace the DREAM act, but work hard to show how tough they can be on undocumented immigrants.  Democrats support a health care compromise cobbled together by a Republican Governor who must now disavow his own ideas.

If Barack Obama is elected, he will, apart from a few social issues like gay rights, continue to govern like an old school Republican.  The president only sounds like a champion of women and ethnic minorities because his opponent has abandoned these constituencies.

America has become a decidedly conservative nation.  Democrats like Bill Clinton and Barack Obama flourish because they have come to terms with the stark realities of American political life.  We have grown tough, spiteful, proud, paranoid, ignorant, unmerciful and intolerant.  Woe to the presidential candidate who thinks otherwise.

The scandal of American religion is but one consequence.  The Bible is a book written by the vanquished for the vanquished.  We try our best to identify with God’s people as they toil in the glare of Pharaoh’s frown, hang their harps by the waters of Babylon, and confront the strutting spirituality of Imperial Rome.   But let’s face it, we have more in common with Pharaoh than with Moses; we resemble Nebuchadnezzar more than Jeremiah; and we share the fears and enthusiasms of Caesar Augustus, not Jesus of Nazareth.

We confine ourselves to less than 10% of the biblical narrative because the other 90% is foreign to our experience and we want to keep it that way.

Dwight McKissic, a conservative black Baptist pastor in Arlington, Texas, can’t see himself voting for either candidate in October.  He thinks Barack Obama is dead wrong on gay rights and he can’t understand why Mitt Romney won’t back away from his religion’s traditional racism.  McKissic says he might cast a write-in vote for Jesus Christ.

But the Prince of Peace isn’t on the ballot.  We have exactly the candidates we have demanded and we’re stuck with them.  Who would Mitt Romney and Barack Obama be if they could think and speak freely?  The question is meaningless; they have no choice but to speak and think like the rest of us.  Circumstances have forced Mr. Romney to identify with the hard right while Mr. Obama occupies the mushy middle.    One man speaks for the makers (the wealthy), the other speaks for “ordinary Americans” (the vaunted middle class). No one in higher office speaks for the poor and the marginalized–it would be political suicide.  You can get elected by bashing the 47%; otherwise, they must be ignored.

But what if Jesus Christ did insinuate himself into American politics?  Would you vote for him?

Unless he backed away from every singe one of his established positions, the Nazarene would be ridiculed as a peace-loving friend of welfare moochers and illegal aliens.  Those who take a bold stand for the Son of God would be the first to cast a stone at him and the last to cast a ballot for him.

So, we’re stuck with Mitt and Barack, two men who will reflect our imperial preferences because that’s what American politicians must do.  You may prefer one man to the other (I certainly do), but we can do no better.

But here’s the question: do you want to do better?  Would you support a candidate who exposed our imperial posturing and our hardness of heart?   You may want Jesus in your heart, but do you want him in the White House or, even worse, in the pulpit?

19 thoughts on “Would you vote for Jesus?”