In a recent post, I argued that the lack of a clear public theology has deprived “messy middle” congregations of a prophetic voice.  Messy middle congregations feature a complex mix of theological and political points of view that cover the range from conservative to liberal.  Intimidated by the lack of a cohesive world view within their congregations, I argued, opinion leaders in messy middle churches have a hard time applying the Christian faith to the public policy issues of the day.  We can talk about family and personal relationships, grief, prayer, courage and a host of other issues, but we have nothing to say about immigration policy, health care, homelessness, poverty or the criminal justice system.  For all practical purposes, we have no public theology.

We can get a better feel for the messy middle problem if we shift from the familiar conservative-liberal divide to a more sociological model.  In the late 1950s, on the cusp of the civil rights movement, a psychology professor named Clare Graves devised what he called The Emergent Cyclical Levels of Existence Theory (ECLET).  The basic idea was that moral thinking is closely related to the practical problems faced by individuals and the groups to which they belong.

If you are an adolescent living in an impoverished urban neighborhood, the need for physical survival is all-consuming.  So you join the toughest gang on the street and play follow the leader.   Those for whom survival is the pressing need, in Graves’ system, live in the “purple” zone.

If you are the toughest gang leader on the street (or you aim to be), your big concern is controlling the homies who flock to you for protection.  This “red” level of moral reasoning controls our streets and prisons.

Organized religion enters the picture with the “moving away from” orientation Graves associates with the color blue.  Here, the pressing need is to distinguish between the anarchy of the streets and law-and-order stability.  The emphasis in blue circles is on being right, thinking right and doing right.  This means black-and-white, right-and-wrong categories.  The big question is who’s in and who’s out; who’s acceptable, and who ain’t.  It is also important to know who’s in charge.  A stable social order requires taking guidance from a long list of authority figures (God, your parents, your boss, your pastor, or the founding fathers).   Blue thinking flourishes in cultures passing from a period of social upheaval into a phase of relative stability.

But what happens when, as now, an extended phase of social stability gives rise to scientific discovery, high-tech industry and the trappings of upward mobility?  Suddenly, the emphasis shifts from corporate solidarity to individual initiative.  Graves calls this the orange phase. Some orange people (Ayn Rand is the ultimate example) transform personal autonomy, scientific exploration and the entrepreneurial spirit into a secular religion.  Others struggle to adapt the old cut-and-dried verities of blue religion to a world shaped by technological innovation and the quest for personal success.

Some of Graves’ contemporary disciples suggest that, in American culture, 40% of the population retains a blue orientation while an additional 30% has embraced the entrepreneurial spirit of orange culture.  In terms of raw power, however, technically savvy orange culture controls 50% of the public policy process while the more authoritarian blues control only 30%.

But what if we can’t make a clean-cut distinction between blue and orange people?  In the Dallas-Fort Worth Metroplex (my home ground), religious, corporate and political systems reflect an odd mixture where, to quote  an old Paul Simon song, “the orange bleeds the blue”.  I’m not sure what you get when you mix orange and blue, but that color controls the Metroplex.   Maybe the effect resembles the Denver Broncos home uniforms.  This color combination might not appeal to the eye (unless you live in Colorado), but it allows our religious, corporate  and political gears to mesh. 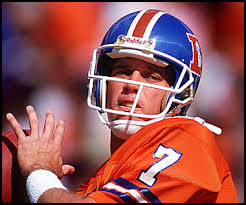 This explains why libertarian orange virtues like free enterprise  and an impatience with regulation are so closely associated in the popular mind with the authoritarian blue religious ideals of biblical inerrancy and theological rigidity.

But suppose a culture dominated by European-Americans evolves into a multi-ethnic society in which African Americans, Mexican Americans, Asians, Native Americans and immigrants from a thousand shores live shoulder-to-shoulder?  The unquestioned orthodoxies of blue America doesn’t work anymore.  Orange America, with its laser focus on individual advancement, can’t reckon with radical diversity and the common good.

Enter the greens.  Green people drove the civil rights revolution and are presently at the forefront of the gay rights and immigrant rights movements.  Green people want justice and equity for all, and the God they worship shares these concerns.

How does the green agenda, with its concern for social justice, come to terms with the dominant world of orange with its scientific, innovative, entrepreneurial bent?

It depends where you live.  In southern towns like Dallas, the orange world makes it’s peace with blue culture and the color green has nowhere to lay its head.  In the Northeast, you are more likely to find orange individualism cohabiting awkwardly with the green passion for equity and social justice while the blue tribe takes refuge in the cracks and crevices on the fringe of society.

But here’s the rub: the contemporary custodians of Clare Graves system estimate that blue people comprise only 10% of the American population and influence no more than 15% of the public policy debate.  There are patches of light green here and there, even here in the DFW Metroplex, but green virtues like justice and equity count for little in the marketplace.

Christians will ask how Jesus figures in all of this.  It all depends on which Jesus we’re talking about?

The blue Jesus cares about right action and right belief and hands out rewards and punishments accordingly.  The grace in blue religion consists in the fact that Jesus will cut us some slack on the right action front; but there is no salvation apart from right belief.

The orange Jesus is intensely practical.  This is the Jesus of “moralistic, therapeutic deism”, a deity who shows up when we need him, and disappears when we don’t.  The orange Jesus wants to make us happy, and that means making us successful.  This is the Jesus of positive thinking gurus and the less preposterous proponents of “prosperity” teaching.

The green Jesus is the guy who gave us the Sermon on the Mount, who talked about the first being last, and the last first.  This is the “least of these” Jesus, the “blessed are the poor” Jesus, the “preach good news to the poor” Jesus.  Green Americans are only touching the fringe of Jesus’ garment, of course.  The Jesus of the Gospels transcends the weak strain of egalitarianism that generally passes for green thinking.  Graves’ system has transcendent categories, yellow and turquoise to be precise,  that apply to a handful of enlightened spirits who approximate the universal love of Jesus–but since these folks constitute only 1% of the population, they don’t figure in the present discussion.

Although his color-coded philosophy is a bit too neat and exclusive, professor Graves helps us appreciate just how messy the middle has become in the early days of the 21st century.

Green thinking thrives in mainline and moderate seminaries and divinity schools and is assumed by the leading theologians of our generation; but it has little street-level resonance because, as I suggested in my last post, few messy middle pastors have the courage (or social naivete) to spell out the practical implications of kingdom living.

Kermit the frog had it right: it isn’t easy being green.  It makes for easy preaching, of course.  You just tell the people what Jesus said and what it means for the kind of world we live in.  But when your congregation arrives for worship festooned in Denver Bronco orange and blue, green preaching can be dangerous.

Hence the moral silence of the messy middle.

Messy middle pastors define their tribe in negative terms.  We don’t join our megachurch compatriots in preaching a blue-and-orange, John Elway Jesus who saves our souls for heaven while guiding us through the rocky shoals of a competitive market place (nothing personal, John, it’s just a metaphor).  We will tell you that Jesus came preaching the kingdom of God; but you will have to decide for yourself what that means for our world.

It’s not easy being green; but it’s not impossible either.  More on that next time.

One thought on “Green religion confronts a blue-orange world”