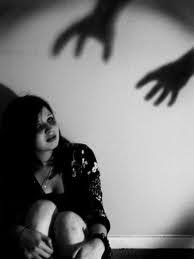 Two posts with related content caught my attention this week.  First, defense attorney Mark Bennett takes the Dallas Morning News to task for repeating the bizarre accusation that over 300,000 sex trafficking cases are prosecuted each year in Houston alone.  Bennett checked the actual number and discovered that (a) only 105,004 felony and misdemeanor cases were prosecuted in Houston in 2012 for all crimes combined, and (b) only 2 cases prosecuted in Houston courts related unambiguously to sex trafficking.

Secondly, Fred Clark tells the story of Fran Keller, a woman from Oak Hill, Texas who was recently released from prison after serving 20 years for a “satanic ritual abuse” case created out of thin air.  Clark argues that there are zero confirmed and documented cases of satanic ritual abuse in the United States–the crime is the invention of the overwrought religious imagination.  As I document in my book Taking out the Trash in Tulia, Texas, a satanic ritual abuse scare swept across the Bible Belt two decades ago, and lots of people exploited the opportunity.  Tragically, a lot of people also went to prison for non-existent crimes produced, in most cases, by counselors coaching three year old clients to repeat sordid tales that, all evidence to the contrary, must have happened.  This was certainly the case in the Fran Keller fiasco.

Sex trafficking is a hot item these days, especially in evangelical circles.  Unlike satanic ritual abuse, sex trafficking actually occurs and the victims are often vulnerable immigrants.  In some third-world countries, sex trafficking has grown to scandalous proportions.  Nonetheless, the vast majority of women involved in sex work in the United States do what they do because they need the money and they believe they can’t find a better way of earning it.  True, many of these career decisions are made in early adolescence (or pre-adolescence in some cases), so we sometimes must ask if a genuine choice is involved.

That being said, most women in the sex industry got in, and stay in, because the advantages appear to out-weigh the disadvantages.

I sometimes fear that evangelicals focus on domestic sex trafficking because it is one of the few moral issues that can be addressed without messing with systemic economic injustice.  On the surface, the issue appears to involve evil adults, normally male, who are easily demonized. Therefore, we can express moral outrage without having to take sides in the American culture war.  Nobody gets upset or pushes back.

Don’t get me wrong, I congratulate Christians who focus their love on women working in the sex field–these people need all the help they can get, no question.  But why are we talking about sex trafficking while remaining silent on immigration reform, mass incarceration, homelessness or white collar crime?

Is an exaggerated and narrow focus on sex trafficking the contemporary equivalent of the ritual satanic abuse craze of the mid-1990s?  I would appreciate it if those who know more about this issue than I do could critique my thesis which, I freely admit, is rooted in a gut suspicion.

3 thoughts on “Is concern over domestic sex trafficking overblown?”