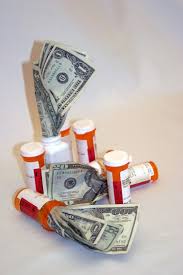 In a recent post I looked at Social Security as a program under scrutiny for reducing the deficit. Cutting Social Security payments, even by the relatively small cuts the chained Consumer Price Index would involve, would work hardship on the poorest half of our retired citizens.  I argued that there are other, better ways to solve any future Social Security crisis (there is no current crisis).

Without Medicare the only health care access for low-income and even many middle-income retirees would be the emergency room. Patricia and I are fortunate enough not to be in poverty, and we are fortunate to be in reasonably good health. But I have had to undergo some pretty expensive medical procedures since retirement. I have remarked that without Medicare I would be either dead or bankrupt, or maybe dead with a bankrupt widow!

Medicare is a public/private enterprise arrangement. Part A (hospitalization) has a large deductible before Medicare funds kick in. Under Part B (primarily doctor’s visits) Medicare is restricted in most instances to the first 80% of Medicare approved charges. The patient is responsible for the rest, and 20% of the costs in a major illness could result in bankruptcy for even moderately well to do people. Medicare supplement insurance policies are available but at a high cost.

Congressman Paul Ryan (R-Wisc.), proposes Medicare Reform, ostensibly to reduce the deficit, by a system in which Medicare recipients would receive vouchers for a stated amount to medical insurance on the private market. This system would inevitably reduce services to the recipients, or cost the system much more than current outlays. Why? Because insurance companies would reap profits, either reducing benefits or increasing cost to the government, or more likely both.

Ultimately the solution will be to have a single payer system, Medicare for all, much like that in Canada. That would eliminate Medicare as we know it. It would be much simpler, and much better than the Affordable Care Act. Polls before ACA was passed indicated that people preferred that option. But the Insurance Lobby was too strong for it to be considered.