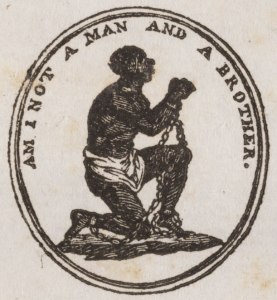 Fred Clark has done an audacious thing.  He has picked a fight with Mark Noll, perhaps the most celebrated church historian in America.  You will have to read Fred’s essay yourself, but here is the conclusion:

Of course slavery was “biblical” and of course opposition to slavery was “unbiblical.” That was what those words mean. That was the whole point of declaring that American Christians should think of themselves as a biblical civilization rather than a Christian one.

All of which is why the dominant narrative in historical and theological discussion of pre-1865 American Christian “debates” about slavery get the whole thing backwards and upside-down. I love Mark Noll’s The Civil War as Theological Crisis. You should read it. It’s a terrific, incisive, engaging book full of profound questions and insights. But it also gets the core of its argument backwards and upside-down.

Read Clark’s essay, listen to Noll’s lecture, and tell us what you think.  I think Clark’s right, and, considering that Noll is a leading authority on American religious history, that is surprising.  But Clark cut his scholarly teeth in an age when questions of self-interest, power and money bulked large in American scholarship while Knoll is the product of an age in which it was still assumed that the folks who shaped American civilization, though sometimes short-sighted, were well-intentioned Christians.

Here’s the thing.  Christianity, and the prophetic Judaism from which it sprang, emerged in a context of oppression.  The word, whether from Isaiah, Jeremiah or Jesus, was preached to a people on the losing side of the power equation.  If the folks who controlled the money, the politics, and the weaponry were resisted openly (whether we are talking about the Assyrians, the Babylonians, the Greeks or the Romans) they would always win.  And yet, miraculously, the God who created heaven and earth was on the side of the oppressed, not the oppressor.

This simple assumption lies at the heart of Jesus’ teaching, which is why people who identify with power (white Americans, for instance) have a hard time making any sense of Jesus’ teaching.  So we claim Jesus as savior while trying to cover up the fact that we disagree with virtually every thing he said.