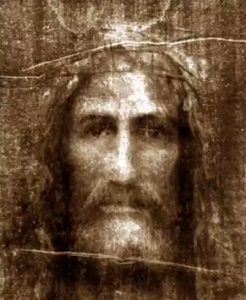 John Shuck is a Presbyterian pastor in good standing who doesn’t believe a single thing you learned in Sunday school.  In a recent Patheos post, Reverend Shuck issued a list of six affirmations designed to boil the blood of every right-thinking American:

You may be wondering why, having jettisoned God, Jesus, the Bible and heaven, Rev. Shuck still wants to play church.  What’s the point?

John likes church.  He likes singing hymns, dressing up in vestments, and drawing upon the “practices and products of our cultural tradition to create meaning in the present.”

Like all ancient traditions, Christianity comes with a lot of supernatural baggage, Shuck admits, but once you slough off the silly stuff a lot of good remains.

Well, shuck explains, the “cultural artifacts” of the Christian tradition serve as resources for “social justice, personal integrity and resilience, and building community.”

Church members can pick and choose from a long list of metaphors and symbols for God, or they can toss the God thing altogether.  Shuck is an apostle of “belief-less” Christianity.

Do we really get to roll our own religion?  Can we assign the “Christian” designation to whatever notions we find appealing?

The Reverend John Shuck reminds me of the famous pick-up line: “I’m the guy your mother warned you about.”

Evangelical preachers have always warned that once you start questioning the Bible there is no logical stopping point, and John shuck just became exhibit A.  Begin with questioning the virgin birth or the parting of the Red Sea and you will soon be giving the atheists practically nothing to disbelieve.  The baby Jesus goes out with the bathwater and you’re stuck with “belief-less Christianity”.

You might still show up at church on Sunday mornings through sheer force of habit, but your children don’t share your sentimental attachments.  It happened in England, it’s happening in Canada and the coastal United States, and if we’re not eternally vigilant it will happen right here in Kentucky.

In his most recent blog post, Mohler alleges that most American denominations maintain their traditional confessions of faith “as references to a faith once believed, but available only in the present as a remembrance of things past.”

In other words, liberal Christianity in America is a baby step away from belief-less Christianity.  It might already be there.

And that is why genuine Christians “must guard the faith once for all delivered to the saints as a living faith.

Southern Baptists learned these lessons the hardest way, and we have paid the price of theological controversy for the sake of recovering that which was lost. By God’s grace, we have been granted a recovery, if we will keep it. Now, a new generation must take up this responsibility in the face of new challenges, knowing that these challenges, like the denial of biblical inerrancy, will require the full force of conviction to confront, and the full force of confession to contain.

Believing that the Bible is the inerrant Word of God, Mohler says, will free us from our addiction to a worldly worldview.

In a January convocation address, Mohler argued that even liberals will lose their love of “diversity” unless they take their cue from God’s inerrant Word.

Non-Christian worldviews are always toxic, Mohler believes, and racism is a prime example.  The Christian worldview makes racism impossible because the Bible tells us that all humans are created in God’s image and are thus of infinite worth.  Only an inerrant Bible can save us from error.

Christians may have taught that the infamous “curse of Ham” in the Genesis refers to the inherent inferiority of non-white people, Mohler says, but adherents of inerrancy could never make that mistake.

The only rescue from heresies like the infamous curse of Ham is the truth of the Gospel and the authority of Scripture.

In the early 1990s, as Albert Mohler was preparing his ascendancy, I was holed up in a cramped cubicle in the school’s library.  I spent more days than I care to remember sifting though books, tracts, and opinion pieces published by Southern Baptists during the Jim Crow era.  These folks were proud of their orthodoxy and claimed to believe the Bible from cover to cover, but they defended racial segregation just as their grandfathers defended slavery.

And, contra Mohler, the racist interpretation of the curse of Ham was widely assumed.

Must we choose between belief-less Christianity and fundamentalism, or is there a better way.  With Christian conservatism and liberalism in disarray, where else can we turn?

We turn to Jesus.

Contrary to what John Shuck will tell you, the portrait of Jesus we find in the Gospels tells us everything we need to know about the life and teaching of Jesus of Nazareth.  True, the gospel writers weren’t trying to write history in the modern sense, but we can trust their version of Jesus’ message.  No one would make this stuff up if they tried: it’s too radical, too demanding, and too counter-intuitive.

The logic of non-violence illuminates the teaching of Jesus from the Sermon on the Mount to the Sheep and Goats parable that ended his public ministry.  We are commanded to love our enemies, to forgive evildoers, to open our tables to the most disreputable outcast.  We are commanded to give expecting nothing in return, to see the image of God and the face of Jesus in the poor, the sick, the insane and even the incarcerated criminal.

This teaching makes perfect sense if you live on the margins of society; but if you are interested in power and position Jesus is impossible.

Jesus doesn’t work in a slave culture unless you are a slave.

But suppose you are a slave owner, or you live in a society that owes its prosperity to slave labor?  And what if this society is madly in love with Jesus?  You can’t walk away from Christianity, but the Christ is an abiding reproach?

Enter the doctrine of biblical inerrancy.  If both Jesus and the Bible are called the Word of God they must agree in all things.  Right?  Since the Old Testament endorses both slavery and racial exclusion (read Joshua and Nehemiah), you take your social ethics from the Old Testament and concoct clever reasons why Jesus didn’t mean what he said.

Evangelical Christians in the American South didn’t invent this maneuver, but they perfected it.  From the time of the Emperor Augustine Christians had been substituting Old Testament ethics for the teaching of Jesus.  It’s easy to justify holy war if you go with Moses and the great king David; but Jesus moves in an entirely different direction:

Jesus knew his crazy talk would plant him on a Roman cross, but he kept talking.  In fact, he told his disciples that living his way meant taking up your own cross.  The Apostle Paul was honored to share the suffering of Christ; it was the only way to know Jesus and the power of his resurrection. Jesus was glorified through suffering and humiliation.

This message resonated in times of persecution, but when Christianity became the official religion of the Roman Empire, Jesus was dialed back.  Way back.

We can’t go back to first century Palestine, of course, just as we cannot return to the halcyon days of Christendom or, mercifully, to the slave culture of the antebellum South. The way of Jesus must be applied to the unique challenges of the day.  Southern Baptists like Al Mohler can apply the words of Jesus to the issue of race, but when it comes to women and the LBGT community, he’s back in the 19th century.

Making the words of Jesus shape our common life won’t settle all our differences or lead us to the same conclusions, but it will provide a common starting place.

Do I think the American church, in both liberal and conservative expressions, is ready to follow Jesus?  Yes and no.  We have never abandoned Jesus altogether. Even during the most shameful chapters of our history, the message of Jesus has exercised a leavening influence among us.  That’s why we can still learn from Augustine, Aquinas, Luther and Calvin.

But here’s the hard truth: saying yes to Jesus means saying no to our culture and, in many cases, to the cultural assumptions of Old Testament Israel.

Hear me carefully.  I am not driving a wedge between Jesus and the Old Testament. Every word Jesus spoke echoes the tradition that shaped him from infancy.

Jesus was a Jew standing firmly in the prophetic tradition.  Just as the prophets set themselves in opposition to the “royal theology” of Israel, so Jesus drew a clean line between the non-violent revolution he was fomenting and the violent traditions he encountered in the Old Testament.

Nor am I suggesting that, ala Thomas Jefferson, we should snip away the Bible bits that don’t jibe with Jesus.  The Bible is the inspired Word of God–even the parts that make us wince.  The Bible is a lively debate between conflicting visions of God.  In the give and take of passionate argument the truth slowly emerges.

The experience of Babylonian exile sparked radically divergent answers to the “why” question.  Five hundred years later, as the Jewish people wrestled with the “why” of Roman domination, the holy argument remained alive.  Jesus embraced the entirety of the Hebrew scriptures, but he placed the priority on radical inclusion, radical forgiveness, and an unswerving commitment to non-violence.  This, he said, was where the heart of God resided.

Properly defined (sorry Reverend Shuck) Christians are people who believe Jesus was right about God.  We don’t bring our own God to the table; we celebrate the God Jesus gave us.

This is the way we affirm the divinity of Jesus.  We no longer ask if Jesus is the Son of God; we pray that God is the Father of Jesus.

7 thoughts on “Must we choose between belief-less Christianity and fundamentalism?”