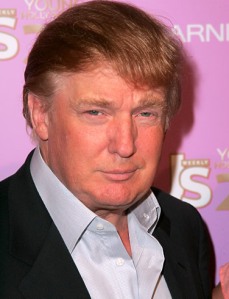 Way back in April, Barack Obama told a CBS reporter, “The single most important question I’m asked these days from other world leaders is ‘What’s going on with your elections?’” I don’t rub shoulders with world leaders, but my Canadian friends have been plying me with similar questions. “Why,” they ask “does a singularly horrid man like Donald Trump have a decent shot at the most powerful elected office in the world?”

Is Donald Trump a horrid man?