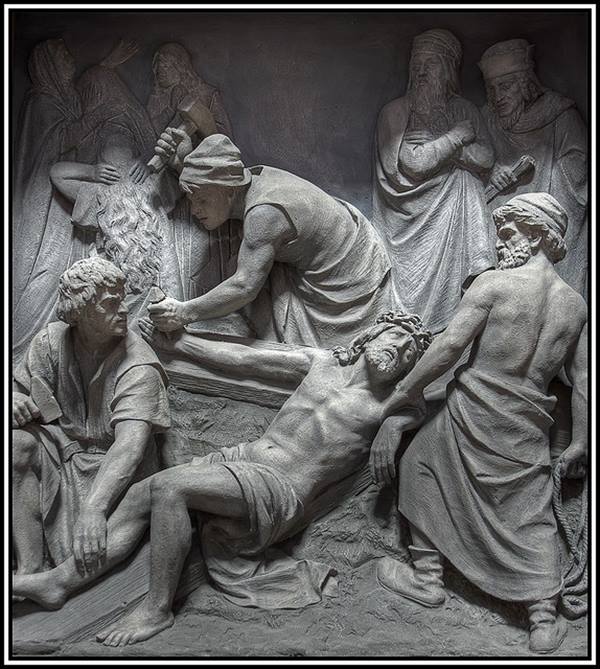 The first generation of Christians were atheists.  At least that’s the way they looked to the Romans.

When a religious group denies the existence of every god you’ve ever heard of they look like atheists.  The Romans assumed they were aware of every god that mattered.

It was fitting that the earliest followers of Jesus would be dismissed as atheists.  Their Master, in the ears of the godly, always sounded like a god-denier.

If God was like Jesus, divine violence dropped out of the religious equation.  And if God isn’t violent, there is no point in taking up the sword against Rome (or anyone else) expecting that God will follow your lead.  You know what Jesus said happens to those who live by the sword.

We like the god of violence.  He is so reassuring.  If God is violent, we get to be violent too, so long as we are in the right.  And we always are . . . or, at least that’s how it feels.

More to the point, if God is violent, our leaders get to be violent, supposing their cause is just.  And in an unstable world with devils filled, you want your God, and your leaders, to wield a big stick.

But if Jesus was right, that god was a figment of the fallen imagination.  For those who worshiped a wrathful God, Jesus was an atheist.

Or at least he was an incipient atheist.

I know, “incipient” is one of those words you use when you’re trying to sound like the smart kid.  But the only synonym I can think of is “nascent” (and that’s even worse).

“Incipient” refers to something that’s just getting started.  But those with ears to hear kind of know what this new something will evolve into given half a chance.  The birth of Jesus spelled the death of violent gods.  And if you like violent gods (and who doesn’t?) Jesus had to die.

And anyone who follows Jesus must die, too.  Which is why Jesus told his followers that if they wanted following him meant shouldering a cross.

The Christ-ones had to die too; unless they could be silenced.

In a recent post described the gruesome execution of Michael Sattler back in the 16th century.  Sattler said Jesus was right about God and violence.  So Sattler had to die.

The incipient atheism of Jesus was raising, Phoenix-like, from the ashes.  The Catholics, the Lutherans, the Zwinglians and the Calvinists agreed on only one point: men and women like Michael Sattler had to die.  If Sattler’s God, and Sattler’s Jesus, take over, who is going to protect us from our enemies?  Deprived of the sword, how can we enforce right belief?

The Anabaptists (people like the Mennonites, the Hutterites and the Amish) never got a seat at the table.  Of course they didn’t; they rejected the violent god of Christendom (and the god of Christendom was very violent indeed.  The Anabaptists didn’t come right out and deny the existence of Christendom’s god; but their rhetoric, given its head, would spell the death of Europe’s god and the civilization that depended upon that god.

Christendom (church-dominated Western culture) is in critical condition.  Some hope the patient can be revived.  Others are happy to let the old boy shuffle off this mortal coil.  If Christendom dies, they reason, Christians can’t muzzle Jesus.

We have spent the last 2000 years arguing about who speaks for Jesus.  Thousands, like Michael Sattler (and my ancestor Anna Bien) have died in the process.  Others have simply been intimidated into silence.  What happens when the silence breaks?

3 thoughts on “The atheism of Jesus”