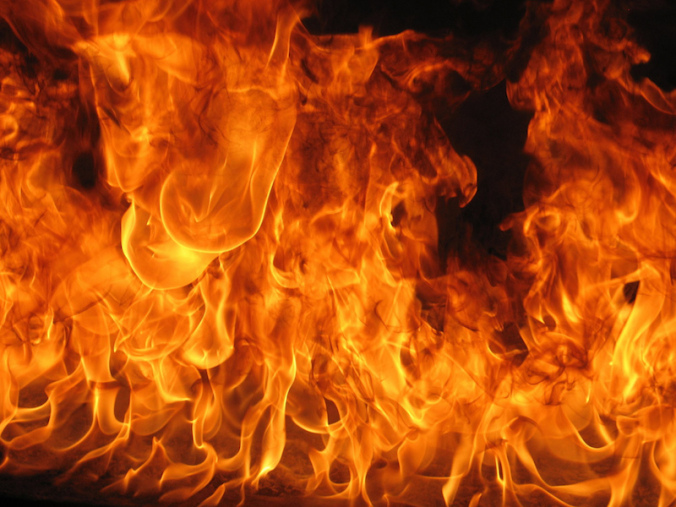 “Remember your baptism!” If you are a member in good standing of a liturgical church, you are likely familiar with this charge.  After baptizing a baby, the pastor or priest scoops a little water from the baptismal font, scatters it over the congregation and cries, “Remember your baptism.”

When Martin Luther felt the cold hand of doubt settling on his shoulder he would shout, “I am baptized!”

I too am baptized.  I was twenty years old when the deed was done, but by all rights it should have happened at ten.

When I told my mother I wanted to be baptized, she made an appointment with the pastor.  That’s how things were handled in the Baptist churches of my youth.  We didn’t do altar calls.  They left too much control in the hands of the would-be convert. The deacons needed to evaluate the sincerity of your profession before you got dunked, and a chat with the pastor was a prelude to a meeting with the deacons.

“How can I help you?” Ray Price asked.

“And why do you want to be baptized?”

“So I won’t go to hell,” I answered truthfully.

“So, you think that getting baptized will save you from hell, is that it?”

“Well,” the pastor said with a mischievous grin and a sly wink, “I wouldn’t worry about it too much if I were you.”

And that was that.

I have often wondered why Ray Price didn’t accede to my request.

Back in 1963, Canadian Baptists didn’t obsess over baptismal statistics like the Southern Baptists, but everyone knew that cobwebs in the baptistery signified a dying church.  Sure, we wanted to baptize genuine converts, but the church was in the baptizing business.  That’s why they called us Baptists.

Besides,  I was the son of Gordon and Muriel Bean, the quintessential Baptists.  Gordon and Muriel might not be the first people in the door on Sunday morning, but they were almost always the last to leave.  They never missed a Sunday.  My father once dreamed that he was hit by a bus on the way to church.  As he lay in the gutter, his broken leg bone protruding through his shredded dress pants, he was trying to decide if he should go to the hospital or to church.  When he shared this dream at the breakfast tabe the family broke into hilarious giggles.  But for my father, even fully awake, this was a real dillemma.

My mother was destined to work in the Edmonton office of the Baptist Union of Western Canada.  And if the son of Muriel and Gordon wanted to get baptized it should have been a slam dunk.

Ray Price had been pastor of Calvary Baptist Church in Yellowknife for about a year when we had our little chat.  The goldmining town of 3,000 was nestled on the rocky shore of Great Slave Lake (the seventh largest lake in the world our teachers never tired of reminding us).  The place was rough, rugged and profane and a thousand miles from civilized Edmonton, the nearest town of any size.

Ray Price was raised and educated as a British Baptist and had come to Yellowknife because he was an ardent outdoorsman.  Before he left Yellowknife the Baptist preacher would write a history of the community and a second book, commissioned by the government, called “the Howling Arctic.” He scandalized some church members, my father once told me, by recording verbatim the salty comments of the grizzled prospectors down in “Old Town”.

Ray eventually died of hypothermia a few decades later when his canoe capsized west of Calgary.

British Baptists were even less inclined to baptize children than were Canadian Baptists.  No one could pinpoint the “age of accountability” with precision, but it was widely assumed that a capacity for abstract thought was a minimal requirement.

Baptists don’t believe in baptismal regeneration–the idea that the rite itself has saving power–and I had made it pretty clear that I did.

There was no use trying to talk me out of my heresy.  My problem was developmental.  I didn’t understand how an “outward and physical sign” could constitute “an inward and spiritual grace, and only time would fix that.  By the time I was old enough to make adult decisions like voting, choosing a marriage partner or selecting a career path, I would be ready to “follow Christ in the waters of baptism” and the rigors of church membership.  Until then, Price likely concluded, I shouldn’t worry about it.

But what if I had been run over by a truck before I reached the age of accountability?  It was widely believed that God made allowances for those too young for mature discipleship.  Trying to scare the kids into getting saved was therefore unnecessary, tacky and possibly counterproductive.

I don’t remember the preachers of my childhood talking much about hell.

Bill Davidson, the Wycliffe translator who preceded Ray Price in the pulpit at Calvary, had graduated from a fundamentalist Bible School, but the process of translating the Bible into the Dogrib tongue was rewiring his brain.  Bill and his wife, June, had been rethinking things ever since they arrived in the fishing village of Trout Rock and it showed when Bill eventually became our pastor.

Ray Price was probably a theological liberal.  He may have believed in a half-assed, C.S. Lewis hell where the door is bolted from the inside, but eternal damnation didn’t figure in his preaching at all.  If it had I’m pretty sure I would have remembered.

During Vacation Bible School, Price told us kids that he was the reincarnation of a racehorse named “Prince”.  Real conservatives don’t joke about reincarnation.

But despite the fact that the subject was never mentioned in preaching, I woke up one morning convinced that if I died in my sleep I would wake up in hell and that only Christian baptism would ensure it didn’t come to that.

The summer before my conversation with Ray Price I had driven over 800 miles to attend a Baptist camp in Moberly Lake British Columbia. Bill Davidson did the driving, and his son Mark, me and two Indian boys (that’s what we called them in those benighted times) were along for the ride.

I have a few scattered memories from this adventure.  I remember being kicked in the shins by a colt (it hurt like hell the next day).

I remember being thrown into the lake fully clothed and Bill Davidson thought it was funny (I didn’t).

I remember a horse running off into the mountains with one of the Indian boys as a reluctant passenger (he was eventually returned safely to camp).

I remember Doug Spinney, the pastor of the church in Peace River, telling us about his amateur boxing career (it was a preamble to his personal testimony, but I only remember the boxing part).

And I remember a young man doing a terrific acapella rendering of “The Man Who Shot Liberty Valance” as campfire entertainment.

But I don’t remember any hard-sell evangelism.  We were encouraged to place a log in the fire if we wanted to follow Jesus, and we all obeyed this command since it would have seemed shabby not to.  But the h-word was never uttered so far as I can recall and no one saw the log-tossing gesture as a substitute for mature Christian commitment.  It was just a step in the right direction.

I might have picked up the hell idea from Ray Born, a fundamentalist transplant from Bemidji Minnesota who didn’t let his kids go to movies–even 101 Dalmatians.  Ray was our Sunday school teacher that year and he was extremely serious about almost everything.

And I might have absorbed the idea while listening to Billy Graham on the radio as my dad polished the family’s shoes on Saturday evening so we’d all look our shiny best on Sunday.  Billy didn’t dwell on the details of eternal conscious torment, but his theology fed off the concept.

Billy was just saying what everybody knew to be true: getting saved meant going to heaven instead of hell.  Everybody knew that even if the preacher du jour was too polite to say it.

If Ray Price had baptized me at the tender age of ten I might have made my peace with hell; but the preacher told me not to worry about it.  And, until I reached the age of accountability and started thinking for myself. I didn’t.  That is a rich blessing.

If you came of age in a place like Texas or Alabama you may be surprised to learn that most Baptists in Canada and Great Britain refrained from aggressive evangelistic outreach to young children.  In most Southern Baptist churches circa 1963, eternal damnation was the evangelists best friend and children six and up (sometimes younger) were considered fair game.

Twelve years after not getting baptized in 1963 I was sitting in the chapel at the Southern Baptist Theological Seminary listening to the summer missionaries report on their activities.  “I spent the summer at camp,” one young preacher boy boasted.  “This summer we had 680 campers and 620 first-time decisions for Christ.”  The congregation burst into admiring applause.

You get stats like that by focusing on kids at an impressionable age, using the power of mass suggestion to full advantage and then scaring the hell out of the poor blighters huddled around the campfire.  Portraits of hell took the place of the ghost stories told at secular camps, but they were much scarier because they were really, really real.

The message at Southern Baptist camp was simple: if you die without getting saved you will spend eternity in hell.  You get saved by accepting Jesus as your personal Savior and you do that by praying the Sinners Prayer.

I never heard the phrase “Once saved, always saved” until I got to Seminary.  I didn’t hear it from the professors, but the students used it all the time.  If you are “saving” children of tender years you hope it sticks.  The age of accountability be damned: if the kid repeated the right words they’re saved and there ain’t a thing God or the devil can do about it.  Even if half the kids immediately lose interest, they’re still in.  Once saved, always saved.

Psychological manipulation of this sort drives Richard Dawkins, the king of the New Atheists, to distraction.  It’s bad enough that the parents believe such rubbish, Dawkins says, but using the fear of hell to pass on your warped worldview to the next generation is tantamount to child abuse.

Dawkins and I rarely agree, but his child abuse argument has merit.  Jesus wants the children to come to him, not because they are afraid but because children gravitate to those who love them.  And Jesus loves the little children, all the children of the world, very, very much.

In fact, Jesus says we can’t enter the kingdom of God unless we become like little children.  Wrap your head around that!

Frightening children into religious conformity is only loving if you believe God is determined to damn the little sinners for eternity if they don’t repeat the requisite prayer with feeling.

Here’s the good news our children need to hear: in spite of all the terrible things we do to one another, God loves us with a passion that beggars comprehension.  Jesus wants us to repent and believe the good news of the kingdom so we will stop hurting one another.  It’s the hell we create down here that he cares about.

So thanks, Ray.  Thanks for telling me not to worry about hell.  I didn’t, and I still don’t.

In the fullness of time I was baptized.  That’s the subject of my next post.