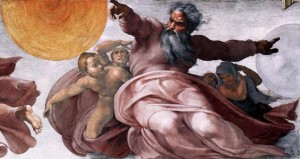 Let us frankly acknowledge that the word “evangelical” has become a working synonym for the religious right and is thus beyond salvaging.

I have given up on the e-word. I am effectively post-evangelical. If you share this sad distinction, we need to talk.

Many post-evangelical Baptists want nothing to do with white evangelical Christianity or anything remotely associated with it. If my Facebook feed is anything to go by, Bible bashing has become a popular sport. Jaded observers ask what a pack of Iron Age nomads can teach us about God or anything else. They no longer accept biblical miracles, the divinity of Jesus, a literal resurrection, the virgin birth or the Christmas stories in Matthew and Luke.

Some have cut themselves free from the God of mainline Protestantism and report that their new-found agnosticism feels like a great weight has been lifted. God is openly denounced as a misogynist, authoritarian, homophobic lout.

And there are passages, in both the Hebrew Scriptures and the Christian New Testament, that are impossible to square with a loving God, unless the word “love” is distorted beyond recognition.

I have in mind a particular cluster of texts:

This list could be extended, but these passages will do for now. Many have attempted to explain how a loving God could demonstrate such malice for Israel’s enemies. We are reminded, for instance, that the victims were very bad people who likely had it coming.

But if Jesus commands us to love our enemies, their badness shouldn’t matter.

Some suggest that mere mortals are in no position to question God’s morality. The extermination of the Amalekites might seem cruel and capricious to you and me, but what do we know?

What then are we to do with the Bible’s nasty bits?

It isn’t enough to say that Jesus introduces us to a cleaned up God with a passionate love for the world. We must also explain why, evaluated by the standards of Jesus, God comes off so badly in much of the Bible.

Moreover, we must do this without taking Thomas Jefferson’s scissors to the biblical passages we don’t like. Even the nasty bits have a role to play in the drama of salvation.

“The light shines in the darkness,” John’s Gospel tells us, “and the darkness has not put it out.”

God allowed God’s children to fumble their way to the truth. A God who picks favorites and punishes the wicked made perfect sense to the descendants of Abraham. Who wouldn’t want a God who takes our side of every fight, protects us from our foes and hands the baddies their just desserts. They did. We do.

God’s children originally assumed that God had given them a holy land, a holy king from the house and lineage of David, a holy temple and a holy city. These gifts were given in perpetuity and, no matter how badly God’s people behaved, the blessing of God would never be revoked.

As the glories of David and Solomon receded in the rear view mirror, Israel’s prophets became increasingly critical of this formulation, but it prevailed right up to the day Nebuchadnezzar and the armies of Babylon swept it all away. The book of Lamentations spells out the consequences in distressing detail:

The Lord has scorned his altar,
disowned his sanctuary;
he has delivered into the hand of the enemy
the walls of her palaces . . .
her king and princes are among the nations;
the law is no more,
and her prophets obtain
no vision from the Lord.

As the children of Israel wept by the waters of Babylon, they wrestled with the why question. All the ancient traditions had to be re-evaluated, even rewritten, to explain why a loving God would abandon his chosen people in their hour of greatest need.

Some saw the exile in Babylon as the direct consequence of Israel’s promiscuous intermingling with foreign nations. God wanted to bless us, but we let foreigners pervert our religion and now we’re paying the price.

The stories of a wrathful, genocidal God emerge from this maelstrom of despair.

But another answer was also written back into the story by the exiles. A wandering Aramean is called out of Ur of the Chaldees (Babylon) so that God could bless all the nations of the world through his offspring.

The “servant songs” of Isaiah mark the culmination of this process. God isn’t just punishing our sins, Isaiah announces, we are suffering vicariously for the sins of the whole world. We are sharing the burden that Yahweh once carried alone. The present moment is bleak, but if we accept the role Yahweh has given us “the glory of the Lord will be revealed and all flesh shall see it together” (Isaiah 40).

In the first vision, the world must lose so Israel can win; in the other, the world is blessed through Israel. When Jesus was asked to read the Scriptures in his hometown synagogue he went straight for the scroll of Isaiah.

“Christ is not only God-like but God is Christ-like,” Martin Luther King Jr. said. “If we are to know what God is like, and understand his purposes for mankind, we must turn to Christ.” That’s what the most famous text in the Bible is all about.

For God so loved the world, that he gave his only begotten Son, that whosoever believeth in him should not perish, but have everlasting life. For God sent not his Son into the world to condemn the world; but that the world through him might be saved (John 3: 16-17).

I don’t just believe that, I believe it in the original King James English.

And I believe 1 John 4:7-8: “Beloved, let us love one another: for love is of God; and every one that loveth is born of God, and knoweth God. He that loveth not knoweth not God; for God is love.”

God sends Jesus to save the world. The first Baptist called Jesus “the lamb of God who taketh away the sins of the world,” and he got that right. God’s love is stronger than human hate. That’s the good news.

Consequently, any suggestion that God is unloving, or that God’s love is reserved for a favored few, should be a non-starter for Christians.

But it is no longer enough to proclaim the love of God. We must also explain why so much of the Bible seems to point in the opposite direction. God lets God’s children tell the story and only by passing through many dangers, toils and snares could they get it right.

In fact, we’re still working on it.