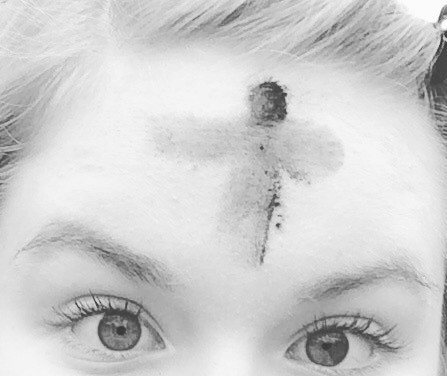 Do you believe in hell? If so, you’ve got a lot of company.

A poll by the Pew Research Center found that 82 percent of evangelical Christians (regardless of race) believe in hell. Catholics (63 percent) were a bit less likely to fear eternal conscious torment, but even among mainline Protestants (60 percent) it remains the majority view. Since mainline Protestants rarely if ever mention eternal damnation from the pulpit or in denominational curricula, one wonders why “infernalism” (the technical term) remains so strong among the faithful.

The fear of eternal conscious torment is a terrific attention grabber. And heaven-or-hell religion is simple enough to be understood by virtually everyone.

Besides, if the sermons of the late evangelist Billy Graham are anything to go by, tickets to heaven can be snapped up on the cheap. Pray the sinner’s prayer and you’re in. Good works, as Billy never tired of reminding us, have no bearing on your eternal destiny.

More importantly, the threat of perdition provides the church with a stirring raison d’etre. We hold preaching services and we send missionaries to save souls from hell. Full stop.

At the same time, the fastest growing religious group in America is those without religious affiliation of any kind. Another Pew poll found that 4 in 10 millennials (those currently between 24 and 39) fall into this category. In America’s youngest cadre of adults, in other words, there are as many “nones” as Christians. As one headline declared, “Millennials Are Leaving Religion And Not Coming Back.”

If God is love, Millennials ask, how can God gleefully consign the lion’s share of the population to eternal conscious torment? All the Buddhists and Hindus and Muslims? All the atheists and agnostics? And what about the millions of people who lack the mental capacity to check the right theological box?

In his splendid book, That All Shall be Saved: Heaven, Hell and Universal Salvation (Yale University Press, 2019), Eastern Orthodox theologian David Bentley Hart argues that the concept of eternal damnation is unbiblical and morally abhorrent. Hart has an earned reputation as a conservative scholar, so his conclusions have nothing to do with being soft on sin or rejecting the clear teaching of the Bible.

The first stanza of the book’s title is Hart’s translation of 1 Timothy 2:4 which states that God desires “that all shall be saved.” Beyond the treatment of specific biblical texts, Hart returns repeatedly to a central theological question: How can the blessed in heaven exist in a state of rapturous bliss while their friends and family members who never got around to praying the sinners’ prayer writhe in endless agony?

Seventy years ago, when my parents were starting out in married life, this question rarely came up. Everybody went to church, at least on occasion, and even most of those who didn’t show up on Sundays still identified as Christian.

But when 40 percent of your age cohort has no affiliation with organized religion and everyone has agnostic or atheist friends, the idea that only Christians make it through the pearly gates becomes highly problematic.

This is particularly true when so many professing Christians show little of their Master’s compassion for the poor and the outcast.

Hart’s accessible, 232-page work reminds us that references to universal salvation abound in scripture. John the Baptist sees Jesus walking down the road and cries, “Behold the Lamb of God, that taketh away the sin of the world.” Later in John’s gospel Jesus declares: “And I, when I am lifted up from the earth, will draw all people to myself.”

In my work as a hospice chaplain I have discovered that virtually all Texans of a certain age can quote John 3:16 from memory (invariably from the King James Version): “For God so loved the world, that he gave his only begotten Son, that whosoever believeth in him should not perish, but have everlasting life.” Few, however, have memorized the verse that follows: “For God sent not his Son into the world to condemn the world but that the world, through him, might be saved.”

In 1 Timothy the writer celebrates “God our Savior, who desires everyone to be saved and to come to the knowledge of the truth. For there is one God; there is also one mediator between God and humankind, Christ Jesus, himself human, who gave himself a ransom for all.” And there’s 1 Corinthians 15:22: “For as in Adam all die, so also in Christ shall all be made alive.”

The clearest enunciation of this teaching comes in the second chapter of Philippians where Paul, likely quoting an early Christian hymn, hails that great gettin’ up morning when “at the name of Jesus every knee should bow, in heaven and on earth and under the earth, and every tongue confess that Jesus Christ is Lord, to the glory of God the Father.”

All shall be saved. It’s in the book.

The objections are obvious. If everyone will be saved, why did Jesus have so much to say about hell? For example, why does the parable of the sheep and the goats (Matthew 25) conclude with these chilling words: “Depart from me, you cursed, into the eternal fire prepared for the devil and his angels”?

How do we harmonize “all shall be saved” with “depart into the eternal fire”? Which option should we favor?

Must we, as theologian Jurgen Moltmann suggests, choose between the dual-destiny eschatology of Matthew and Mark and the universalism of John and Paul (the apostles, not Lennon and McCartney)?

I don’t think so.

The parable of Lazarus and the rich man Dives (Luke 16) is probably the second most famous hell passage in the New Testament. A great and unbridgeable divide separates the saved who rest in Abraham’s bosom from the damned who languish in a sea of flame.

But once again, there is no connection between praying the Sinner’s Prayer and “getting saved”; the crucial issue, as in Matthew 25, is how we behave toward the least and the lost.

The 10th chapter of Mark’s Gospel offers up a similar dilemma. The man traditionally identified as “the rich young ruler” has checked all the religious boxes, but he isn’t ready to give all his possessions to the poor and then follow Jesus. As the poor fellow walks away sorrowfully, Jesus turns to his disciples and says, “It is easier for a camel to go through the eye of a needle than for a rich man to enter the kingdom of God.”

The disciples are shocked, even scandalized. If society’s leading citizens are unworthy of the kingdom, what chance do the rest of us have? If this religious paragon doesn’t make the cut, they ask, “Then who can be saved?”

As of the day I wrote this column, 10 percent of my retirement investments has vanished in the course of a single week. Donald Trump and Michael Bloomberg might qualify as rich, but I’m feeling financially vulnerable.

North Americans comprise five percent of the world’s population but control over a third of the planet’s wealth. By global standards, I am wealthy – and I would prefer to maintain that position. Which makes me a goat.

I don’t want to be a goat. Like Mark’s rich young man, I turn away from Jesus with tears in my eyes and an ache in my heart. But I turn away all the same. My addiction to the blessings of life has turned my heart to stone.

In the Synoptic Gospels, strangely, the riffraff are ushered into the kingdom party whether they hold a ticket or not. It’s those of us who suffer from a blessing addiction that end up on the outside looking in.

Which is why our salvation is, humanly speaking, “impossible.” Fortunately, “all things are possible with God.”

In Romans 8, Paul makes a similar point when he says the world has been “subjected to futility.” There is the existential futility of knowing that weakness and death are drawing closer every day. There is the moral futility Paul talks about in the preceding chapter: “For I do not do the good I want, but the evil I do not want is what I do.” There are the systemic or social forms of futility revealed in violence, war and oppression.

The world groans under the weight of futility, the seeming impossibility that the world can ever be saved from its bondage to death and decay. Even those who walk with Jesus groan inwardly for the road to the kingdom is long and our legs are weak. Even the Spirit of God groans deep inside us.

But Paul remains convinced that “the sufferings of this present time are not worth comparing with the glory that is to be revealed to us.” We are like a woman in the throes of labor, the Apostle says. Our pain is productive. God is transforming groans into glory. The gospel magic is working. We can feel it.

When the hospice patients I work with are told that their pain is productive everything changes. The rich young man couldn’t give away all that he had, but the widow who tossed her coins into the treasury could. Likewise, my patients have given it all away. All that remains is the pain, the groaning, the impossible futility of a pointless death.

They don’t need to understand how their world got so twisted and unfair; they just need to believe that God is still working. One day, I tell my patients, God is going to straighten everything that’s crooked, mend everything that’s broken, heal everything that’s sick and wipe every tear from our eyes. When I say it, their eyes light up. Only then do I believe it.

That’s why, in this season of Lent, we remind ourselves that we are dust and to dust we shall return. That’s the only cure for our blessing addiction.

On my way to church I pass I sign that screams, “Where will you go when you die: heaven or hell?” Most of our churches have left that kind of theology far behind, but we’re afraid to offer a viable alternative.

Hart is right. Heaven-or-hell theology is neither biblical nor morally defensible. But for people who get their religious information from TV preachers and roadside billboards it is the only kind of Christianity on the market.

The time has come for moderate and progressive mainline preachers to talk about the biblical vision of universal redemption.

If we don’t know what to say, we can just echo the language of scripture. Sure, it’s all poetry and parable, language designed to express the inexpressible. But it’s the only language we’ve got, and it’s enough.

God is love. God loves the world and is redeeming every inch of it. And someday God will preside over the marriage of heaven and earth.

I’m not sure what that means, but I plan to be there to see it happen.

3 thoughts on “Beyond Heaven and Hell: Preaching Hope to Children of Dust”