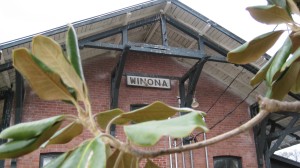 We dare not bury the past while the past buries the innocent.

In July, 1996, four people were killed execution style at a Montgomery County furniture store: owner Bertha Tardy, bookkeeper Carmen Rigby, and two hired men, Bobo Stewart and Robert Golden.  Golden was black, the other three victims were white.  Six months later, Curtis Flowers, a young black Winona resident who had worked three days for Bertha Tardy, was arrested and charged with the brutal murder of four innocent people.  Thirteen years, $300,000 and five trials later, Mr. Flowers remains behind bars and the state has been unable to obtain a final conviction.

No capital defendant in American history has ever gone to trial six times on the same facts.  Curtis Flowers of Winona, Mississippi will soon be the first.

Winona is county seat of Montgomery County, a section of Mississippi that periodically produces startling narratives.

In 1937, two black Montgomery County bootleggers, Roosevelt Townes and Bootjack McDaniels, were accused of murdering and robbing a local merchant.  The two men entered not guilty pleas at their arraignment and were being escorted back to the county jail in Winona when they were released into the custody of a large white mob.  Townes and McDaniels were driven up the road to a field near Duck Hill where they were tied to trees and surrounded by brushwood.  As a crowd of 500 looked on, the two men were tortured with blowtorches.  Ears and fingers melted under the intense heat before the victims relented.  They were then shot to death and their bodies burned.  Loved ones were not allowed to remove the charred remains for weeks after the event.

The Duck Hill lynchings were reported by the Associated Press and featured in TIME magazine.  After a particularly grisly account was read from the floor of Congress, the House passed the first anti-lynching law in American history.  A few weeks later, passions having cooled, southern senators used the filibuster to kill the anti-lynching bill.

In 1960, Montgomery County was back in the news when Sheriff Lawrence King was accused of hiring two black men to murder his deputy, William L. Kelly.  King had reportedly been sleeping with his deputy’s wife.  When all three defendants were charged with murder, former Mississippi governor James P. Coleman stepped forward to represent the white defendant.  All three defendants received life sentences and eventually died in Parchman prison.

Although Montgomery County is 45% black, not a single African American was registered to vote in 1963.  The civil rights movement arrived in the county in June of that year, when Fannie Lou Hamer, Annell Ponder and several other black women were refused service at the white restaurant at the Winona bus station.  Arrested by Sheriff Earl Wayne Patridge, his deputies, and a state trooper, the four women were beaten and sexually humiliated at the county jail.  Fannie Lou Hamer was pummeled with a blackjack wielded by two black inmates who had been threatened with additional charges if they didn’t cooperate and rewarded with corn whiskey when they did.

When Fannie Lou Hamer was finally released from the Montgomery County Jail she had to be hospitalized for a full month and never fully recovered.  A year later, Hamer related the story of her brutal encounter with Montgomery County law enforcement before the credentials committee at the 1964 Democratic Conviction in Atlantic City.  Her testimony aired on all three national television stations and sparked outrage.

The men responsible for torturing Fannie Lou Hamer and her friends had to be tried in federal court when every prosecutor in the State of Mississippi refused to seek an indictment.  After a cursory federal trial in which the judge referred to the victims as socialist agitators and praised the defendants as upstanding public servants, a jury returned not guilty verdicts.

But isn’t there a statute of limitations on stigma?  With the dawning of the 21st century, hadn’t Montgomery County outlived its reputation for racial injustice?

So it appeared.  Then a federal census revealed that African Americans comprised over 50% of the voting population of the Montgomery County town of Kilmichael.  The political grapevine suggested that a strong black candidate was running for mayor and at least three black candidates were eyeing seats on the city council.  The white mayor and all-white council resolved the problem by cancelling the 2001 election.

In 1996 and 1997, Curtis Flowers was convicted of murder by juries in Tupelo and Gulfport, but the convictions were vacated by the Mississippi Supreme Court because of blatant prosecutorial misconduct.

In 2004, Flowers went to trial before an all-white jury at the Montgomery County courthouse in Winona. The conviction was overturned when the Supreme Court ruled that prosecutor Doug Evans had removed blacks from the jury for reasons that were not race-neutral.

There were three black and nine white jurors when Curtis Flowers went to trial for the fifth time in September of 2008.  According to post-trial interviews, two of the black jurors were willing to vote guilty if the white jurors settled for a life sentence.  Convinced that Flowers was innocent, a retired school teacher named James Bibbs hung the jury.

At the conclusion of the fifth trial, Judge Joseph Loper had two requests for District Attorney Doug Evans: he wanted James Bibbs tried for perjury and he wanted the Mississippi legislature to pass a law allowing Doug Evans to choose a jury from an expanded seven-county judicial district.

In the spring of 2009, Senator Lydia Chassaniol successfully guided this bill through the Mississippi Senate, but the House bill, sponsored by Representative Bobby Howell of Kilmichael, was essentially vetoed by the black chairman of the House Judiciary Committee.

As DA Doug Evans prepared to take Flowers to trial for an unprecedented sixth time, Montgomery County danced back into the media spotlight. State Senator Lydia Chassaniol gave a spirited pep talk to 2009 annual conference of the radically racist Council of Conservative Citizens, (the successor to the White Citizen’s Councils).  Chassaniol admitted that she belonged to the CCC but didn’t see why that made her a racist.  She appeared to be sincere.

Representative Bobby Howell, the Montgomery County Republican who carried the “Flowers Bill” in the state house, is one of the Council of Conservative Citizen’s best friends in the Mississippi Legislature.

Is an innocent man being framed in Montgomery County Mississippi; or has the strength of the prosecution’s case rendered history irrelevant?

4 thoughts on “We dare not bury the past”