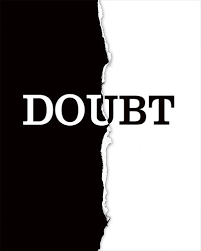 Troy Davis is scheduled to be executed on Wednesday for the 1989 killing of a police officer in Savannah, Ga. The Georgia pardon and parole board’s refusal to grant him clemency is appalling in light of developments after his conviction: reports about police misconduct, the recantation of testimony by a string of eyewitnesses and reports from other witnesses that another person had confessed to the crime.

This case has attracted worldwide attention, but it is, in essence, no different from other capital cases. Across the country, the legal process for the death penalty has shown itself to be discriminatory, unjust and incapable of being fixed. Just last week, the Supreme Court granted a stay of execution for Duane Buck, an African-American, hours before he was to die in Texas because a psychologist testified during his sentencing that Mr. Buck’s race increased the chances of future dangerousness. Case after case adds to the many reasons why the death penalty must be abolished.

The grievous errors in the Davis case were numerous, and many arose out of eyewitness identification. The Savannah police contaminated the memories of four witnesses by re-enacting the crime with them present so that their individual perceptions were turned into a group one. The police showed some of the witnesses Mr. Davis’s photograph even before the lineup. His lineup picture was set apart by a different background. The lineup was also administered by a police officer involved in the investigation, increasing the potential for influencing the witnesses.

In the decades since the Davis trial, science-based research has shown how unreliable and easily manipulated witness identification can be. Studies of the hundreds of felony cases overturned because of DNA evidence have found that misidentifications accounted for between 75 percent and 85 percent of the wrongful convictions. The Davis case offers egregious examples of this kind of error.

Under proper practices, no one should know who the suspect is, including the officer administering a lineup. Each witness should view the lineup separately, and the witnesses should not confer about the crime. A new study has found that even presenting photos sequentially (one by one) to witnesses reduced misidentifications — from 18 percent to 12 percent of the time — compared with lineups where photos were presented all at once, as in this case.

Seven of nine witnesses against Mr. Davis recanted after trial. Six said the police threatened them if they did not identify Mr. Davis. The man who first told the police that Mr. Davis was the shooter later confessed to the crime. There are other reasons to doubt Mr. Davis’s guilt: There was no physical evidence linking him to the crime introduced at trial, and new ballistics evidence broke the link between him and a previous shooting that provided the motive for his conviction.

More than 630,000 letters pleading for a stay of execution were delivered to the Georgia board last week. Those asking for clemency included President Jimmy Carter, 51 members of Congress and death penalty supporters, such as William Sessions, a former F.B.I. director. The board’s failure to commute Mr. Davis’s death sentence to life without parole was a tragic miscarriage of justice.