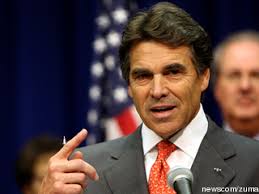 The decision to release poison into the veins of Troy Davis was ultimately political.  The Georgia Board of Pardons and Parole was bombarded with appeals from left and right.  They couldn’t act without enraging significant patches of the crazy quilt we call America.  Ultimately, they chose to satisfy the folks in their social and political world, the political and judicial establishment in Georgia.

So why are the power people in Georgia (and across America) so desperate to see Troy Davis die even though the evidence once used to ‘prove’ his guilt has long since evaporated?

This was a choice between a problem and a precedent.  Execute Troy Davis and you create a martyr whose name will feature prominently in anti-death penalty arguments for decades.  Commute his sentence to life without the possibility of parole and you question the system’s reliance on eye-witness testimony; further, you raise profound questions about the system itself.  Everyone knows that Troy Davis is merely the tip of the iceberg, an egregious case of business as usual.  Grant him relief, and you open the floodgates.

The Georgia Board would rather create a problem than establish a precedent.   They defended the integrity, indeed the sanctity of the American judicial system.

American politics is like American entertainment; we give the people what they want even if what they want is a perverse blend of violence and pornography.  When western democracies like Canada and the UK dispensed with capital punishment popular support for the vile practice was stout.  But leading public officials decided they didn’t want their country associated with the myth of redemptive violence, so they pulled the plug.

In America, politicians decided to exploit the blood lust of the populace.  If support for the death penalty yields applause from the Tea Party, Rick Perry and his ilk are behind it.

It isn’t that America is more democratic than other countries (although that may be true); we simply have a predatory political culture that makes the most of popular perversity.  That’s why we were slow to abolish slavery and why it took a cultural revolution to end Jim Crow.  When Jim Crow died, the Republican Party exploited white backlash.  Leading Republicans secretly despised the racist southerners crowding under their umbrella, but they were willing to take their votes and alter the party’s political platform accordingly.

Hence we have seen the Mississippification of American politics.

We need a nation where leaders lead.  What are the chances that Barack Obama lifts a finger to help Troy Davis?  To ask the question is to answer it.  It’s hard to exercise moral leadership and get re-elected.

In executing Mr. Davis, the American elite avoided a troubling precedent, but they have created a big long-term problem.  Barring a miracle (and I’m still praying) Troy Davis will die today; but he will not die in vain.

8 thoughts on “Troy Davis and the tragedy of American Leadership”