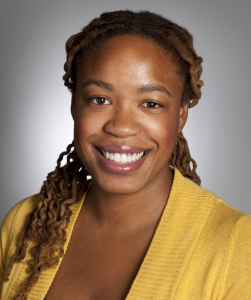 I recently heard Heather McGhee speak at the Samuel Dewitt Proctor conference in Chicago. She began with the obvious fact that America was not created to be one people, or one public.  Some folks were clearly part of the culture; others were not.  The primary dividing line was skin color.  Up until 1965, she reminded us, American immigration policy was built around strict racial quotas.  People of African descent were practically excluded altogether.  People from Eastern Europe were also subject to severe restrictions because they were considered ‘ethnic’.

That all changed in 1965.  In the wake of the civil rights movement, mainstream America was embarrassed by the undisguised racism implicit in the nation’s immigration policy.  The rules changed in fundamental ways.  Now, when you walk through an airport, you see every conceivable shade of skin color and you hear a wide variety of accents.  We have become, in a few brief decades, the world’s most audacious experiment in cultural diversity.

But there was a problem.  We have unable to build a concrete vision of the public good because there is tremendous anxiety in America about who is the public.  No one, McGhee told us, has filled the prophetic shoes of Dr. Martin Luther King; no one on the public stage is bearing articulate and passionate witness to America as a Beloved Community.

When Ronald Reagan used his ‘welfare queen’ rhetoric to consolidate political power, she said, liberals were stunned.  Amazed at how easily a gifted politician could use thinly-veiled racial symbolism to hook white resentment, progressive politicians, including most civil rights veterans, decided it was time to put race talk on the back burner.  “And when we stopped talking about race,” McGhee said, “we left that entire space to those who seek to divide us.”

Why, she asked, has it been so difficult to sell a vision of social justice in America?  Why has Sweden been able to achieve a high level of social equality when we haven’t?  Because, in Sweden, there is no argument about who constitutes the public.  Everybody pretty much looks the same, so the public is everybody.  In America, we still haven’t decided who “the public” is.

Americans who cherish a vision of the common good must work this vision into their public discourse.  The message is simple, McGhee says: “We were not one people; but we are now.”

That’s an aspirational message, to be sure, but it captures ab aspiration most Americans of good will are drawn to.

To get from aspiration to reality, however, this new rhetoric must blossom into a call for economic justice.  “When the CEO of Wal-Mart makes $16,000 an hour, while the person working at the Wal-Mart store is making $7 an hour, and the person in India or Bangladesh who actually makes the products Wal-Mart sells is making pennies an hour, we cannot talk about being one people.”

For this reason, she continued, we need a message that embraces ideas like social solidarity, community and shared sacrifice.  “The Right has found a way to talk about their vision,” she said; “we need to do that too.  We need to confront people on the question of values.”

“We have gone local for so long,” she argued, “that we have left the national conversation about core principles to others.  We need to ‘go national'”

Heather McGhee realized she was addressing a room full of preachers and she made the most of it.  “Power is the ability to make change,” she observed.  “And if you believe we have the power of Almighty God behind us, we can usher in the Beloved Community.”

That got me excited.  Her talk concluded and the room rose as one.

The first questioner asked why the civil rights generation lost control of the national dialogue on race.  McGhee paused for a moment before answering.  “We really need to digest what happened during the 1960s and 70s,” she said softly.

Then she told us about an 80 year-old white woman she recently encountered in the Bay area.  The woman was clearly a child of the 1960s.  “You have no idea how devastating the assassinations were for us,” she said.  “They just shook us to the core.”

McGhee thinks the “darkening power” of physical violence is part of the story.  But there is also the fact that “a golden era of shared prosperity” provided a financial base for the civil rights movement and a measure of openness to its message.  “Losing that really hurt.”

The second questioner was so upset her voice was shaking.  “I was waiting for you to talk about systems of racial oppression, white supremacy, white privilege–things like that,” she said.  “I didn’t hear anything about these things.”

Then the questioner told us about hearing Stokely Carmichael in the late 1960s when she was a student at a historically black university.  “Stokely told us, ‘I’m for black power–who’s with me?'”  The questioner longed for a return to that kind of strident racial rhetoric.  Moreover, she wanted to hear somebody denounce capitalism for what it is: racial oppression.

Another pregnant pause.  Heather McGhee knew where the questioner was coming from.  She understood the language the woman referenced and acknowledged its essential accuracy and legitimacy.  But, like her mother, Gail Christopher, McGhee is crafting a message that all Americans can embrace.

Most Americans think of racism in individual terms, she began.  “If you talk about racism, they think about Bull Conner.  If someone is a racist, they have bad character. But what about normal people of good character?  They don’t see themselves as racists, and if we suggest that they are they will shut down cognitively.”

McGhee told us about her mother’s work on “unconscious bias.”  “We’re like icebergs,” she said, “90% of our thinking and feeling goes on below the conscious water line.”  She then referred to a Harvard study on unconscious bias that concludes that 88% of white people (and 48% of black people) have an unconscious bias against African-Americans.  But rather than condemning people as racists, McGhee thinks we just need to get real about what’s going on.  “We all suffer from racial bias,” she told us, “so let’s be clear about that, acknowledge it, take it into account, and move ahead.”

Capitalism, per se, isn’t the problem, McGhee suggested; “the real enemy is ‘free market fundamentalism,’ the idea that the market determines value.  And if the market can determine value, she said, the market is God.  We are worshipping the market.  And we have scripture for that, don’t we.  Worth and value must be seen through God’s eyes.  God doesn’t see one person who is worth $16,000 an hour, another person who is worth $7 an hour, and someone else who is only worth a few pennies an hour.  With God there is no hierarchy of human value.”

There’s something seriously wrong with our economic system, she acknowledged.  “But I’d rather talk about where we’re going–the Beloved Community–because I want to reach all people and explain how the sickness in the system is killing all of us.  I want to talk about the God who has the power to make us one.”

Once again, I felt the knot tightening in my throat.  As the students at Southern Seminary used to say, This stuff will preach!

“Our value as people is not a market value,” McGhee continued.  “I hope when people come to see us on Sunday morning they will be relieved of that illusion.”

The next questioner wanted McGhee to denounce the evils of militarism.  But this speaker doesn’t deal in denunciation.  For African-Americans, she pointed out, the military is a complicated subject.  For one thing, our armed forces do many good things: maintaining the peace in a chaotic Iraq; building schools in Afghanistan.  The military was the first facet of American government to integrate.  Many poor black males have used the military as a ladder out of despair.

But there’s that other side of the equation, the “security system” that’s wrapped up with the war on drugs, and the prison system, and terrorism and what’s going down in Afghanistan.  And what’s the common currency of that security system?  Fear.

And then we notice that the military budget has doubled since 2000.  “The fact that so much money is being fed into a system that creates almost no economic activity is deeply troubling.  We can make an economic argument as well as a moral argument: this is a really bad investment we can’t afford.”

When I was reading Darren Dochuk’s From Bible Belt to Sun Belt, I was repeatedly struck by the therapeutic nature of Christian Right rhetoric.  Conservative white preachers experimented with language that made the transplanted southerners in their southern California churches feel better about themselves and about their place in the world. Preachers who struck on the right language quickly became a hot commodity.  The concept of American colorblindness emerged after the Watts riots as a way to affirm civil rights without forcing white people to deal with America’s toxic racial history.  The rhetoric of colorblindness stuck because it possessed therapeutic value for a traumatized white population.

You see the same phenomenon in the more radical segments of black culture.  People who have lived with lies for hundreds of years hunger and thirst for truth.  If the truth makes the beneficiaries of the old Jim Crow squirm and holler, so much the better.  The woman who accused Heather McGhee of sugar-coating the truth wanted to hear the code words that had produced much-needed relief over the years: racist capitalist oppression, white supremacy, white privilege, and the like.  If some people don’t like this kind of talk, that’s just too bad–it’s the truth, it’s real!

But there are ways of getting at these realities without forcing well-intentioned white folk to “shut down cognitively” (to borrow Ms. McGhee’s phrase).   If the goal is change, we need a language that i therapeutic for everybody.  We must find creative ways to speak honestly, openly and accurately about race without drawing up battle lines.  Heather McGhee is right: The Right has its message down cold; the champions of one-people America have a long way to go.

6 thoughts on ““The Power to Make us One”: Heather McGhee’s One-People America”