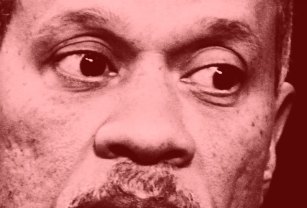 Some stories get too big to be ignored.  So imagine that you are an editor for the Wall Street Journal, the voice of sensible capitalism, the vast majority of your readers are white and conservative, in that classy, New York sort of way, and you are compelled to address the furor over the Trayvon Martin case?  You go to the bullpen and call Juan Williams to the mound.  Williams is the black guy that makes white guys feel good.  If a white editor opined that we should be giving less attention to Trayvon Martin while concentrating on black-on-black crime (the real problem) you might be facing a token backlash.  Your readers would applaud this sentiment, but a few outsiders might take exception.  But Mr. Williams is black, so he can’t be a racist.

Here’s the heart of William’s argument:

The race-baiters argue this case deserves special attention because it fits the mold of white-on-black violence that fills the history books. Some have drawn a comparison to the murder of Emmett Till, a black boy who was killed in 1955 by white racists for whistling at a white woman.

This is a magnificent misreading of the outrage.  When people compare Trayvon and Emmett, they aren’t saying the two cases are identical, or even that they are about the same kind of injustice.  The Till case sparked the civil rights movement.  Rosa Parks had Emmett Till on her mind when she refused to relinquish her seat to a white man.  Some are hoping the Trayvon Martin story sparks a similar revolution.  This time (contra Williams) the emphasis won’t be on white-on-black crime; the focus will be on racial profiling and the easy association between black skin and danger.

Hence the iconic emphasis on the hoodie.

This is not to say that Williams has nothing of value to say; it’s just that his point is curiously unrelated to the Trayvon Martin story.  The black guy who makes white people feel good is changing the subject from racial profiling to a topic readers of the Wall Street Journal are much more comfortable with: the social pathologies afflicting poor black people.

This is a subject that white liberals like to ignore, for the same reason white conservatives don’t want to talk about racial profiling.  But in the academy and in the mainstream media, the subject of black social pathology has been discussed ad nauseam.  Writing in 1989, Haki Madhubuti addressed a genre that has changed little over the ensuing quarter century:

Every day, books, magazines, and newspaper articles are published with information detailing the “Decline of the Black Family,” “The Crisis of Black Teenage Pregnancy,” “The Vanishing Black Male,” and on and on.  In much of the material published, the information is either rehashed sociological theories, excerpts from recent Ph.D theses or articles from young hot-shot reporters looking for front-page bylines.  Black misery has always made good copy . . .

Black-on-black violence is a legitimate concern.  Young black males are six times as likely to kill and be killed as their white counterparts.  Something is seriously amiss.

But the prevalence of street violence is no excuse for racial profiling.  In fact, as Randolph Roth argues in American Homicide,high murder rates have historically been tied to four factors: political instability; a loss of government legitimacy; a loss of fellow-feeling among members of society caused by racial, religious, or political antagonism; and a loss of faith in the social hierarchy.

Sound familiar?  The subset of young black men driving the carnage are so thoroughly alienated from the dominant values of American culture, white and black, that violence becomes a default response to every provocation.  As David Kennedy points out in Don’t Shoot, the vast majority of the young men impacted by street violence  hate the mayhem as much as respectable black folks like Juan Williams, maybe more; but they feel trapped by a culture of violence they can’t escape.

You can’t talk about street violence without addressing the banal pathology of normal American social life.  Readers of the Wall Street Journal are as much a part of the problem as the kid caught in the act by the 7-11 surveillance camera.

Williams says George Zimmerman is solely responsible for the bizarre behavior that put Trayvon Martin in the morgue.  But perps like Zimmerman reflect the culture that produced them.  Absent the fear (most of it imaginary) that courses through the gated communities of America, Zimmerman’s behavior would be inconceivable.  He saw Trayvon Martin as a threat because he had been carefully schooled to think that way.    Zimmerman’s paranoia is as American as ice tea and skittles.

The recent killing of Trayvon Martin needs more investigation. But where’s the outrage over the daily scourge of black-on-black crime?

The shooting death of Trayvon Martin in Florida has sparked national outrage, with civil rights leaders from San Francisco to Baltimore leading protests calling for a new investigation and the arrest of the shooter.

But what about all the other young black murder victims? Nationally, nearly half of all murder victims are black. And the overwhelming majority of those black people are killed by other black people. Where is the march for them?

How about marching against the cable television shows constantly offering minstrel-show images of black youth as rappers and comedians who don’t value education, dismiss the importance of marriage, and celebrate killing people, drug money and jailhouse fashion—the pants falling down because the jail guard has taken away the belt, the shoes untied because the warden removed the shoe laces, and accessories such as the drug dealer’s pit bull.

Supposedly all of this is just entertainment and intended to co-opt the stereotypes. But it only ends up perpetuating stereotypes in white minds and, worse, having young black people internalize it as an authentic image of a proud black person.

There is no fashion, no thug attitude that should be an invitation to murder. But these are the real murderous forces surrounding the Martin death—and yet they never stir protests.

The race-baiters argue this case deserves special attention because it fits the mold of white-on-black violence that fills the history books. Some have drawn a comparison to the murder of Emmett Till, a black boy who was killed in 1955 by white racists for whistling at a white woman.

The Martin case is very different from the Emmett Till case, in which a white segregationist Mississippi society approved of the murder of a black child. Black America needs to get out of the rut of replaying racial injustices of the past.

All minority parents fear that children who embrace “gangsta” fashion, tattoos and a thug attitude will be prejudged as criminal.

Recall what Jesse Jackson once said: “There is nothing more painful to me at this stage in my life than to walk down the street and hear footsteps and start thinking about robbery. Then look around and see somebody white and feel relieved. . . . After all we have been through. Just to think we can’t walk down our own streets, how humiliating.”

That is the unfair weight of being black in America for both the black person who feels the fear and the black teen who is judged as a criminal.

Despite stereotypes, the responsibility for the Florida shooting lies with the individual who pulled the trigger. The fact that the man pursued the teen after a 911 operator told him to back off, and the fact that he alone had a gun, calls for him to be arrested and held accountable under law. The Department of Justice is investigating the incident and the governor of Florida has appointed a special prosecutor to review the case.

But on a larger scale, all of this should open a serious national conversation about how our culture made it easier for this type of crime to take place.

As President Obama said last week, “I think all of us have to do some soul searching to figure out how does something like this happen. And that means we examine the laws and the context for what happened, as well as the specifics of the incident.”

While civil rights leaders have raised their voices to speak out against this one tragedy, few if any will do the same about the larger tragedy of daily carnage that is black-on-black crime in America.

The most recent comprehensive study on black-on-black crime from the Justice Department should have been a clarion call for the black community to take action. There is no reason to believe that the trends it reported have decreased since 2005, the year for which the data were reported.

Less than half of black students graduate from high school. The education system’s failure is often a jail sentence or even a death sentence. The Orlando Sentinel has reported that 17-year-old Martin was recently suspended from his high school. According to the U.S. Department of Education’s Civil Rights Office, in the 2006-07 school year, 22% of all black and Hispanic K-12 students were suspended at least once (as compared to 5% of whites).

This year 22% of blacks live below the poverty line and a shocking 72% of black babies are born to unwed mothers. The national unemployment rate for black people increased last month to over 13%, nearly five points above the average for all Americans.

The killing of any child is a tragedy. But where are the protests regarding the larger problems facing black America?

Mr. Williams is a political analyst for Fox News and a columnist for the Hill.