This has been a great week for Friends of Justice!  First we learned that Ramsey Muniz, the Latino leader imprisoned on exceptionally dubious charges in 1994, was released from federal prison just in time to spend Christmas with his brave wife Irma.

It was a compassionate release.

The Fort Worth Star-Telegram article I linked to contains factual errors but I can’t blame the reporter.  It took me months to untangle the government’s weird case against Ramsey.

This picture was taken several years ago when Ramsey could still walk without assistance.  Those days are gone.  But Irma tells me that Ramsey is making gradual but real progress now that he’s back in the free world.  When I spoke with him earlier this week he said he’s ready to write a book about his life and work.

In the meantime, check out Freedom, Justice and Love, a book about Ramsey Muniz by Andres Guerrero (the Kindle version is only $3.99).  My investigative piece The Law Falls Silent, appears unedited in Dr. Guerrero’s book.

And then we learned that a number of legal heavyweights, including Sally Yates (Deputy Attorney General in the Obama administration) was filed in support of Curtis Flowers.  Friends of Justice has been researching the Flowers case for over a decade and over thirty separate posts about the case can be found on the Friends of Justice Blog.

You probably know by now that, since 1997, District Attorney Doug Evans has taken Mr. Flowers to trial six times on the same murder charges.  Over the past two years, In the Dark, a podcast produced by American Public Media, has been covering the Flowers Case and have been able to verify many things which I knew to be true but couldn’t prove.  That’s what happens when talented people spend over a year on the ground living with a complex set of facts.  In the Dark was recently named the best podcast of 2018 by The New Yorker (which means you need to give it a listen if you haven’t already). 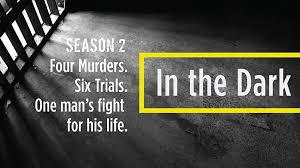 The amicus brief signed by the likes of Sally Yates tells me that the Flowers story has now attracted the kind of national visibility needed to get a meaningful response from the criminal justice system.  The case is currently before the Supreme Court due to the narrow issue of racial bias in jury selection.  But In the Dark has demonstrated conclusively what Friends of Justice has been saying for a full decade: this case may be the worst case of prosecutorial misconduct in American judicial history.

Two other cases sponsored by Friends of Justice have attained this level of nation attention.  In 2003, the notorious Tulia Drug bust attracted the attention of people like Hillary Clinton and Chuck Schumer after the New York Times, the Washington Post and virtually every other news outlet in America featured the story.  This placed tremendous pressure on Rick Perry (then Texas Governor) to release sting victims (many of whom were serving over 90 years) without delay.  My book Taking out the Trash in Tulia, Texas describes these developments in gripping detail and deathless prose.

A similar phenomenon emerged from the case of the Jena 6 in 2007.  When the bizarre over-prosecution of six defendants drew 50,000 people to a community of 5,000 presidential hopefuls like Barack Obama and Hillary Clinton were forced to address the case.  “When nooses are being hung in high schools in the 21st century,” Obama wrote, “it’s a tragedy. It shows that we still have a lot of work to do as a nation to heal our racial tensions. This isn’t just Jena’s problem; it’s America’s problem.”

Now, thanks to In the Dark, the case of Curtis Flowers has attained the same level of notoriety.  When the Supreme Court releases a decision no later than June, what happened to Curtis Flowers will emerge as the cautionary tale it has always been.

As Rachel says, watch this space.

5 thoughts on “Exciting Times for Friends of Justice”