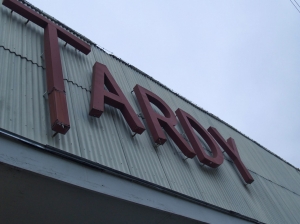 There will be no seventh trial for Curtis Flowers.

If the Supreme Court of the United States doesn’t vacate the 2010 conviction in the Flowers case, jaws across America will hit the floor.  Mine will be one of them.  Curtis is almost sure to get a thumbs-up from the court.

In theory, Doug Evans will be free to take the case against Curtis Flowers to trial one more time even if the 2010 verdict is vacated.

But it’s not going to happen.

Doug Evans, the man who has taken Mr. Flowers to trial six times over a span of two decades, is beginning to realize that he, not Curtis, is now on trial.  Consider, for instance, his use and abuse trial testimony.

It isn’t just that Evans has worked overtime to keep black people off six juries, he has placed a mass murderer back on the street, repeatedly, in exchange for perjured testimony.

I am referring, of course, to Odell Hallmon, the man who admitted to reporters with the magnificent In the Dark podcast that his testimony against Flowers was the stuff of fantasy.

The record shows that Evans repeatedly placed a notorious and lethally dangerous criminal back on the street.  Hallmon is a full-blown psychopath void of empathy and willing to lie or kill without a flicker of remorse.  He showed that when, having been given yet another get-out-of-jail-free card from Evans, he slaughtered three people in cold blood.

And then there is Odell’s lovely sister, Patricia Hallmon.  It was Patricia, you may recall, who first associated Curtis Flowers with the Tardy murders by telling investigators.  She saw him coming and going from his duplex apartment just in time to steal the murder weapon from a factory parking lot.  She saw him return home.  Then  she saw him lighting out for the Tardy furniture store where he would massacre four innocent people in cold blood.

Patricia Hallmon (she sometimes goes by the surnames Sullivan and Odom) was frantic and bizarre when she took the stand in trial six back in 2010.  And for good reason.  A few months earlier, the feds had indicted her on multiple cases of income tax fraud.  Doug Evans knew he was sponsoring testimony from an indicted felon, but he didn’t let defense counsel in on the secret.  Attorneys for Mr. Flowers have attempted to document this “Brady violation” but have thus far been thwarted by the courts.

Doug Evans can no longer use a mass murderer (Odell) and a convicted tax cheat (Patricia) as the lead-off and clean-up hitters on his witness team.  They would make him look ridiculous.

Evans would still have a rag-tag assortment of witnesses willing to say they saw Curtis walking to the parking lot where the alleged murder weapon was allegedly stolen and, a little later that morning, walking to and from the crime scene.

The mood in Winona’s black community has changed dramatically since Curtis Flowers last went to trial in 2010.  Back then, nobody wanted to be the next James Bibbs, the man indicted for hanging the jury in trial five.  Bibbs was eventually cleared when attorney Rob McDuff was able to get both Doug Evans and judge Joey Loper recused from the case, but the message had been delivered.

I was in the courtroom during jury selection in 2010 and most of the black people in the jury pool were desperate to avoid selection.  They were talking about it, out loud.  Which is why they told the judge they were opposed to the death penalty, or that they had prejudged the case and nothing would change their minds.

Everyone realized that the eventual jury would be overwhelmingly white.  No one wanted to be known as the black juror who deprived the white community of justice.

And no one in the black community wanted to be known as the man who sold out one of their own.

In 2010, a lot of black residents were unsure what to make of the Flowers case.  Many were convinced that Curtis was innocent, but there were too many state witnesses saying too many incriminating things for that to be a majority opinion.  Most black people who knew Curtis had a hard time picturing him as a murderer, but they weren’t ready to pick up a protest sign.

All of that has changed, and In the Dark is the primary reason.  I don’t know if the white community was tuning in, but black Winona certainly was.  Now that every facet of the state’s case has been reduced to rubble, most black residents are too angry to be afraid.

And it isn’t just black residents, and it isn’t just folks in Montgomery County.  If a seventh trial was scheduled, thousands of Curtis-supporters from every corner of the nation would descend on tiny Winona.  It would be the Jena 6 all over again, only with a more racially integrated throng of protesters.

Many of the witnesses interviewed by In the Dark say they are dreading a seventh trial and would refuse to cooperate with Mr. Evans if subpoenaed.  Under aggressive cross examination from some of the best defense attorneys in the nation, defense witnesses this conflicted will wither on the vine.  None of these people have actual memories of the things they have testified to and several have admitted as much to interviewers.

Defense counsel will be loaded for bear

In trials one-through-six, Curtis Flowers was represented by hardworking but overwhelmed men and women starved for time, money and resources.  Nobody outside Mississippi was paying attention to the Flowers affair and just about everybody in the legal community thought Curtis was flat guilty.  (The pile of circumstantial evidence Evans and company assembled is pretty impressive until you examine it closely.)

But for the last nine years a world-class defense team has been assembling around the Flowers case.  They didn’t need In the Dark to tell them how compromised the investigation and prosecution of this case has been, but the in-depth reporting has given them plenty of new material to work with.  Sheri Lynn Johnson, the law professor who recently presented oral arguments on behalf of Mr. Flowers, is but one example of the top-flight defense counsel Doug Evans would be facing.

By the time these folks were finished with the state’s “evidence” would be exposed as a joke and nobody would be laughing.

Mississippi justice would be on trial

As I made clear in a 2014 post, the supreme court that repeatedly slapped Doug Evans’ wrist in the past has been replaced by a cohort of zealots eager to Make Mississippi Great again.  Mississippi once had a surprisingly liberal Supreme Court because pro-litigant state law encouraged lawsuits.  Pro-defendant attorneys flush with cash from suing wealthy corporations could afford the high cost of running for the state’s highest court.  But with “tort reform” the litigation party was over.  Now it was conservative attorneys (many of them sons and grandsons of famously bigoted ex-governors) who could afford to buy a seat on the Mississippi Supreme Court.

In the course of oral arguments in DC, SCOTUS justices, liberal and conservative, were clearly troubled by the Mississippi court’s willingness to endorse the professional ethics of a man like Evans.  Justices were also bewildered by the refusal of Jim Hood, the Mississippi Attorney General, to remove the case from Evans’ hands.

As I argued a year before trial six, Doug Evans is the face of the Mississippi mainstream.  Racial resentment still burns white hot in the Magnolia State and the Flowers case is exhibit A.  The national media is asking why the Mississippi Supreme Court and the AG’s office have protected Doug Evans the way Evans protected Odell Hallmon.

Nobody in Mississippi wants to see the state’s reputation sullied further.  And that’s the big reason why Doug Evans won’t get a seventh bite of this apple.

I would love to see a seventh trial.  If it doesn’t materialize we will all be deprived of a grand spectacle and Curtis Flowers will miss his chance to prove his innocence beyond a reasonable doubt.  A seventh trial would further the cause of racial justice in America and might bring a measure of moral reckoning to a state long synonymous with racial injustice.

But that is precisely why no one in Mississippi, Doug Evans included, wants anything to do with a seventh trial.

I wish Curtis had received the justice he so richly deserves back in 1997.  And I wish his lovely mother, Lola (who gave representatives from Friends of Justice gracious shelter and delicious meals on dozens of occasions) could have lived to see her brave son walk free.  But I am thrilled with the direction things are moving.  A forfeited fight may not be glorious, but it will place Curtis back in the free world where he belongs.  And that’s enough.